Yuja Wang: I’ve decided to take control of my own narrative

The New York Times has gone into one of its periodic convulsions of political correctness over the Carnegie Hall show of Iggudesman & Joo, and their willing straight guy Yuja Wang.

Their concert with Ms. Wang was riddled with jokes about her sexual appeal and Chinese heritage that ranged from unpleasant (“God, she’s so hot”) to offensive. (“It smells of sweet and sour chicken,” Mr. Igudesman said of a box with Ms. Wang inside.)

Yuja made it clear in a statement that she knows exactly what she’s up to.

But the Times persists: The concept, whatever its good intentions, tempts comparisons with the history of African-American performers in blackface, acting out stereotypes of themselves for predominantly white audiences. It also risks feeding the common perception of Asian-Americans as perpetual foreigners… 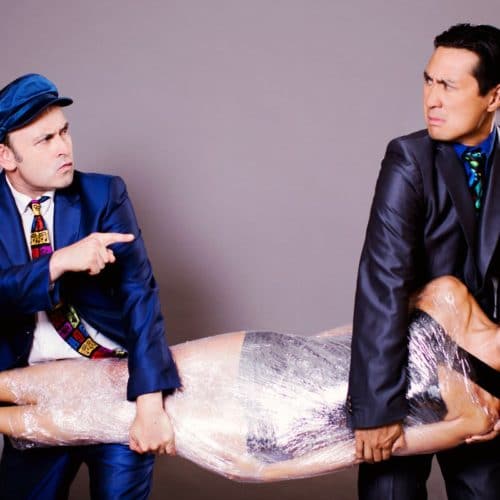