We have been notified of the death of Ekkehard Wlaschiha, a notable Wagner baritone who sang Alberich at the Met’s PBS broadcast Ring in 1990. He won two Grammys for his Alberich recording.

His other specialist roles were Telramund, Dutchman and Klingsor.

An East German, he sang at Leipzig Oper until joining the Berlin state house in 1982. He was recruited at Bayreuth in 1986 and made his Met debut three years later.

He made his final Bayreuth appearance in Lohengrin only last summer. 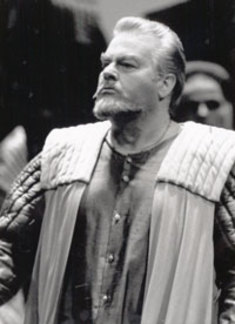