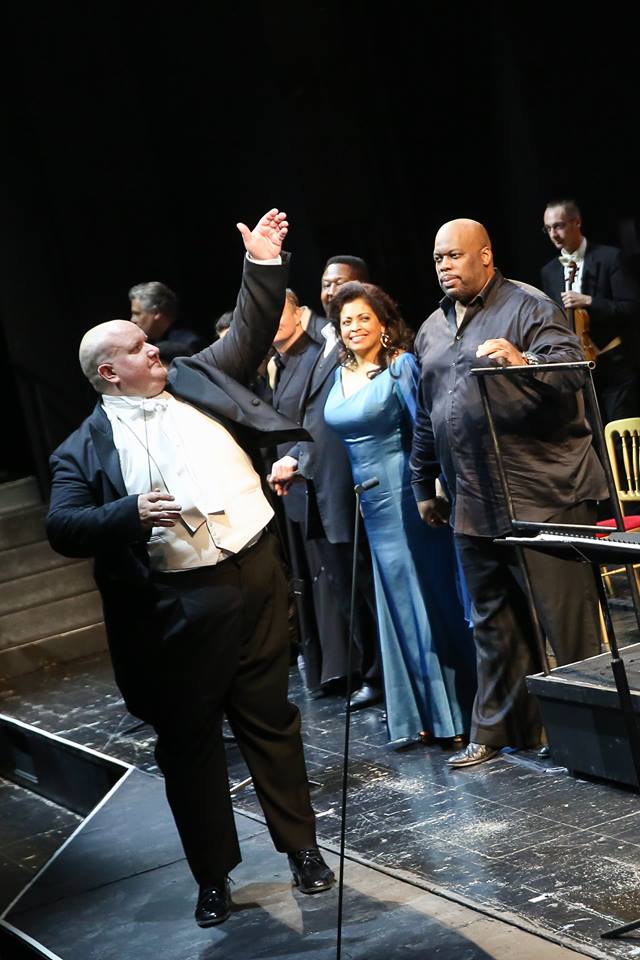 At the closing performance of Porgy and Bess at the Volksoper last night Alexander Pinderak, who was singing Robbins, fell ill.

No panic. The American conductor Joseph R. Olefirowicz took matters in hand and proceeded to sing the role from the podium.

Joseph, a hugely popular figure at the Volksoper, tells Slipped Disc: ‘Our Robbins took ill for the closing performance and I did indeed sing the role from the podium, turning to the audience as much as I could in the first scene, while conducting the piece. He dies in the first Act, so I was thankful for that!’ 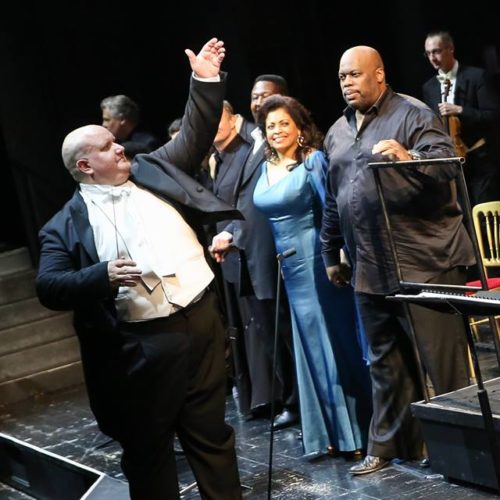 ‘Gave my debut, jumping in for the role of Robbins, singing from the podium tonight. To sing a full role in PORGY AND BESS seems oddly impossible, but it actually happened. Was glad he gets killed so early in the first scene, so that I could then give full attention again to the podium.

‘What an extraordinary evening and an extraordinary run. With applause that did not want to end this evening, I was honored to receive a curtain call where the orchestra remained seated, and stamped their feet, which is a great honor. I filled with tears of gratitude as the audience roared, as I acknowledged left boxes, right boxes, second balcony, first balcony, and orchestra level. What memories.

‘Bringing this score to life with 165 musicians was a privilege. Singing a role in the masterpiece, unthinkable. We wish our colleague Alex a speedy recovery! A wonderful closing meal with many of the cast together rounded out the evening. And just like that: it was all a dream!

You may remember Joseph from a previous Candide encounter as the Dancing Conductor.