Just in from the Scotsman:

Nicola Sturgeon has revealed that a leading French orchestra has been invited to perform at the first Edinburgh International Festival to be staged after Brexit.

The announcement was made with festival director Fergus Linehan during a visit to French capital Paris by the First Minister.

She said the visit of the orchestra, its first to the EIF in more than 30 years, would be “the perfect example of the strong cultural links that exist between Scotland and France.” 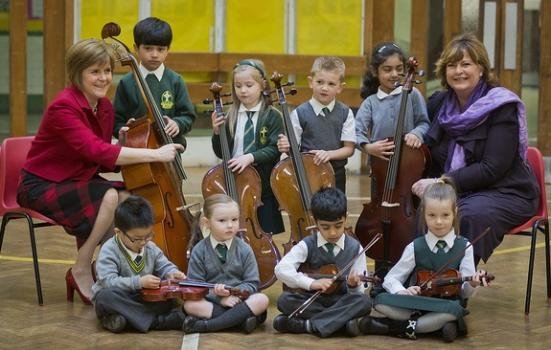 Apparently, the rehearsal she attended was the Berlioz Grande Messe des morts.