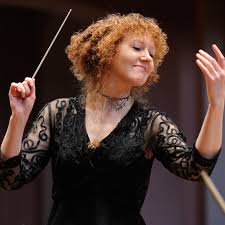 Dohnanyi told her not to conduct

Jeannette Sorrell, who won a Grammy this month with Apollo’s Fire, has not found it easy to break into the profession.

After studying harpsichord with Gustav Leonhardt in Amsterdam she returned to the US looking to start a career. The Cleveland Orchestra suggested she should apply to be its Assistant Conductor.

Summoned to interview, the music director Christoph von Dohnanyi told her not to bother: Cleveland audiences would never tolerate a female conductor.

The man who did help was the orchestra’s British administrator, Roger Wright. He encouraged her to start Apollo’s Fire, the Cleveland Baroque Orchestra.

Dudamel and LA Phil will play at the Oscars tonight »