After hundreds of hours, just one chance to shine

Tis the Season of recommendations and auditions. It’s the time of year when any teacher is flooded with requests by current and former students – summer programs, school recommendations, job references – all of these and more. Emergency lessons, help with making recordings, life advice. It keeps us all intertwined.

In music, we are never satisfied. There is rarely a “comfort zone”, or a final goal met. We are always learning new things, putting ourselves into situations where failure is a breath away. We work every minute of the day, pushing our arms and minds to the brink of collapse, and after thousands of hours, we have only 10 minutes in front of that committee. But if we decide to just stay in our “comfort zone”, not risk everything, isn’t that the end of ambition, of dreams and hope? And, what is music, if not something that creates so much potential happiness, that even the constant threat of imminent public failure is well worth the risk.

Last summer, while teaching at Curtis (their Summerfest is a great chance for younger students to get an adrenaline shot of the Curtis experience), I met and worked with an effervescent and talented young Macedonian violinist named Aleksandar Ivanov. He had a floppy teenager way about him, with an easy grin, and was a natural concertmaster. This week, he contacted me again. He was just passed through the pre-screening for an March audition at Curtis, and he needed advice.

Texts and emails have been flying back and forth – tips about how to prepare, what and when short-term and long-term goals need to be met. What his repertoire is, how long he has been working on it, his instruction, the performance opportunities. I suggested making a large wall-graph of his pieces and progress. He is working with his violin teacher four hours a day – he started the Tchaikovsky this past summer.

He is 18, born in Skopje, and is of Macedonian and Bulgarian heritage. His grandfather was one of the first Macedonian composers (at that time, Yugoslavia), his Uncle is the conductor of the Macedonian Philharmonic, and his brother wrote a concerto for him last year, which he premiered at the opening concert at the “Days of Macedonia Music” festival. It’s a real Macedonian Musical Dynasty. You may know that Macedonia, a land-locked country squished between Serbia, Greece, Albania and Bulgaria, has been in the news recently, having ended its decades-long struggle with Greece over its name. As of February 13, it is officially renamed the Republic of North Macedonia, paving the way towards NATO membership, which had been blocked by neighboring Greece.

In reading his bio, any musician will be able to understand that this is a person who has worked very hard since he was a small child. His first concerto appearance was at age 12, with Beriot #9, after which he has performed, with orchestra, Bruch, Mozart, Mendelssohn, Chausson Poem, Wieniawski, Vivaldi, Mendelssohn, Sibelius, and Beethoven. After garnering a number of international awards, he was invited to further his studies in Vienna, where he currently resides.

For the audition, he is preparing the Mozart G Major Concerto, Bach Solo Sonata in G Minor, Paganini 17, and the Tchaikovsky Violin Concerto.

And so, we will have the chance to accompany Aleksandar for his journey. He will be keeping a journal for us – his struggles and achievements. His path towards Curtis, with all of the expectations, the hundreds of hours of preparation, and his support system. He has 3 weeks, and a chance to go from a big fish in Skopje to a very small fish in Philadelphia. 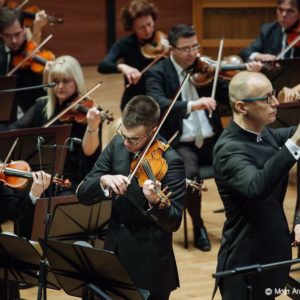