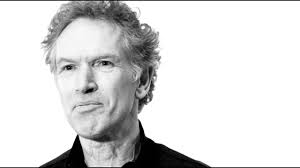 The Dane Hans Abrahamsen has been named as the first Oliver Knussen Chair of Composition at the Royal Academy of Music.

‘As we say farewell to Oliver Knussen, a composer, conductor, teacher and polymath, we are delighted to honour him by creating a brand-new Chair of Composition in his name, to be conferred on the great Danish composer, Hans Abrahamsen.

‘Ryan Wigglesworth will assume Olly’s former position as the next Richard Rodney Bennett Professor of Music, as performer and composer. Both figures enjoyed close personal and working connections with Olly and I know he would be completely thrilled that Hans and Ryan have joined the Academy family. Ryan’s celebration concert in December featuring Olly’s The Way to Castle Younger was a particularly moving and memorable tribute.

‘We look forward to continuing the legacy of a great musical creator through these new appointments.’

Tabloid award for Mutter of the Year »