Oper Köln is putting on four operas by local boy Jacques Offenbach this year, the bicentenary of his birth.

They’re doing a shorted version of Tales of Hoffmann for all the family this week. 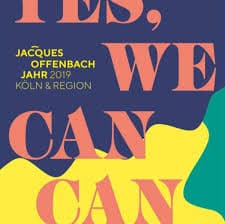 Dear Norman, since I am the musical director of “Je suis Jacques” I would like to correct one detail: “Les trois baisers du diable” is not a production but an excerpt of it will be part of “Je suis Jacques”, a new “Offenbachiade” written by the stage director Christian von Götz, that will contain many rarities from Offenbach’s oeuvre