UPDATE: These figures have been overturned by official documents.

Anomalies at Mexico’s National Symphony Orchestra have been exposed by the country’s audit office.

It is reported that the music director Carlos Miguel Prieto and his manager Claudia Hinojosa agreed in 2015 to pay 5,219,312 pesos (US275,000) for two concerts by the veteran US cellist Lynn Harrell, a sum way out of line with cellist fees anywhere on earth. 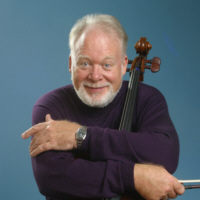 Prieto is also found to have booked the Venezuelan trumpeter Pacho Flores in March 2016 for two recitals at $220,000 and the young US violinist Eric Silberger for two million pesos ($100,000).

Prieto, who has been music director since 2007, has faced recent protests from unhappy musicians.