Just in: Barcelona has a new opera boss

The Liceu has named Víctor Garcia de Gomaras as its artistic director.

He will roll out his plans before the end of the week. 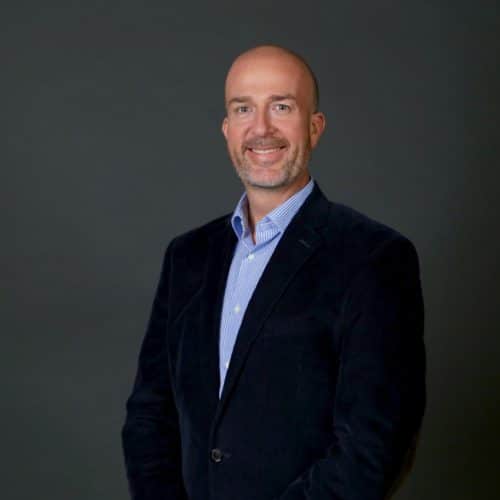 Press release:
Today, the Executive Commission of the Gran Teatre del Liceu has named Víctor Garcia de Gomar as the future artistic director of the institution. Competing with 15 other candidates -3 women and 13 men- in the merit-based public competition, he was selected by a committee of nine experts presided over by Salvador Alemany, the president of the Fundació del Gran Teatre del Liceu. Sitting with him on the committee were Félix Palomero, the manager of the Fundación Baluarte in Pamplona, in representation of the Ministry of Culture and Sports; Jaume Graell, the vice president of Amics del Liceu (Government of Catalonia); Luisa Vinci, the director of the Teatro alla Scala Academy in Milan (Barcelona City Council); Pia Bosch, a technical advisor to Barcelona Provincial Council; Javier Coll, the president of the Societat del Liceu; Valentí Oviedo, the general director of the Gran Teatre del Liceu; and Josep Pons, the Liceu’s music director. Garcia de Gomar will assume his full duties in September, coinciding with the start of the 2019-20 season. This timetable will ensure a smooth transition as the Liceu’s current artistic director, Christina Scheppelmann, bids us farewell. It will also cover the organisational needs of the Palau de la Música, where Garcia de Gomar has served as the assistant artistic director since 2011.

The jury of experts was impressed by Garcia de Gomar’s experience working at music venues, especially the Palau de la Música, where he has been able to gain knowledge and establish a very wide network of international relations in the music and opera industries. As such, the jury esteemed both his creative and holistic aspects (drawing all the arts together) and his managerial talents, which are so essential for understanding and striving to achieve a balanced budget for the institution. The jury also valued his ability to work in a team, which is especially relevant given the Liceu’s current situation. With regard to his project, the jury highlighted an innovative, international and contemporary perspective that did not neglect the traditional and original essence of the venues; constant references to developing new audiences; a refreshing approach to ​​opera houses, stressing interrelations between opera and all the arts; and an idea of ​​incorporating various artistic perspectives into the project.

A former law student with a postgraduate degree in the Management of Institutions, Companies and Cultural Platforms from Pompeu Fabra University, Víctor Garcia de Gomar has also completed several management programmes at IESE and at the Kellogg School of Management in Chicago. However, he also stands out for his advanced education in singing and piano at the Conservatori del Liceu and for his participation in the Orfeó Català and in semi-professional opera productions that have afforded him broad connections in the music and opera industries for over 15 years. As a result of his experience in both the public and private sectors, Víctor Garcia de Gomar has also helped to spread knowledge about music with the publication of his book Y tú, ¿qué escuchas? (“What are you listening to?”) by Huygens in 2017 and as a co-host of a programme of the same name on the radio station Catalunya Música.

In addition to his extensive contributions to the Palau de la Música, the future artistic director has been involved in several cultural projects in Girona, where he was the director of the Nits de Clàssica Festival, the musical programmer for the Palau de Congressos Auditorium and the director of the Festival of Religious and World Music. He has also managed and led the Seville Baroque Orchestra and has participated in projects such as the Early Music Festival of Barcelona, ​​the UNESCO General Council of Music of Spain and the music department of ”La Caixa”.

Victor García de Gomar will unveil the details of his project next Thursday, January 17 at 10 am at the Gran Teatre del Liceu.

« Sicklist: Piano star is knocked out by elbow

US bass-baritone gets to run an opera house »