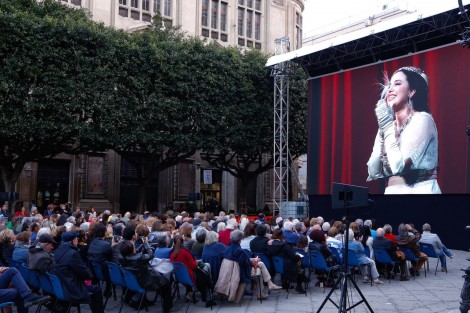 Exclusive: Rome fires soprano for not singing out at rehearsal

Jessica Nuccio is a rising Italian soprano on the international circuit.

Last week, she was due to sing four Violettas in La traviata at Rome Opera. At the general rehearsal, she obtained permission from the conductor to ‘mark’ her part, not singing out in full voice because it was just 36 hours before the opening.

This did not please the company’s artistic director, Alessio Vlad, who launched into a tirade against Jessica in front of the whole company, an assault so severe that she suffered a panic attack and an ambulance had to be called.

She was then fired from the production. The next day, the theatre demanded that she present a doctor’s note to pretend that she had invalided herself out of the production, which was absolutely not the case. She was fit to sing.

There is no union protection for singers in Italy and no forum in which they can speak out.

Friends of Jessica contacted Slipped Disc without her knowledge to share her experience as a warning to all.

« Ever bought a record just for the first track?

Death of a Bayreuth composer, 78 »