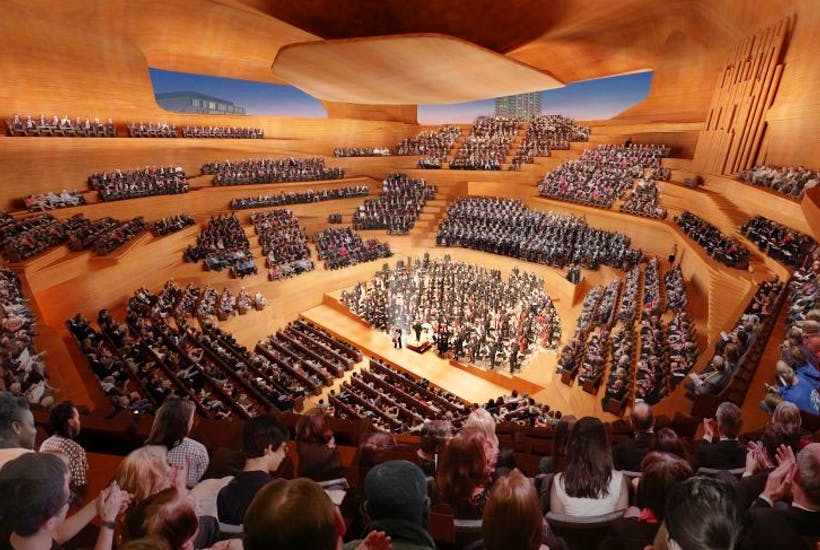 I have written a post for the Spectator’s Coffee House. Among other things, I point out that ….

Last week, the orchestra issued artist impressions of a fashionable ‘vineyard’ hall, a template taken from Herbert von Karajan’s Berlin Philharmonie and borrowed latterly for a hall on a brownfield site in Paris (cost: 390 million Euros – twice its budget) and another in Hamburg (cost: 789 million – eleven times over budget). The LSO is asking us to believe that its proposed new hall in the heart of the City of London is going to come in at not a halfpenny over £288 million, all paid for up front.

Even in these days of fake news, the Times headline ‘£288m is good value for a concert hall and it won’t cost you a penny’ caused choking at breakfast. The headline topped a Friday arts column by Richard Morrison, a music critic who has been hyping the hall ever since the LSO gave his paper first dibs at Rattle’s signing-on. Morrison, who is also the LSO’s official historian, argues that ‘by world standards, £288 million is a snip for a concert hall.’ He’s right about that. Find me anywhere a world-class hall that costs less than, say, the British Library and I will eat a vegan millinery shop…. 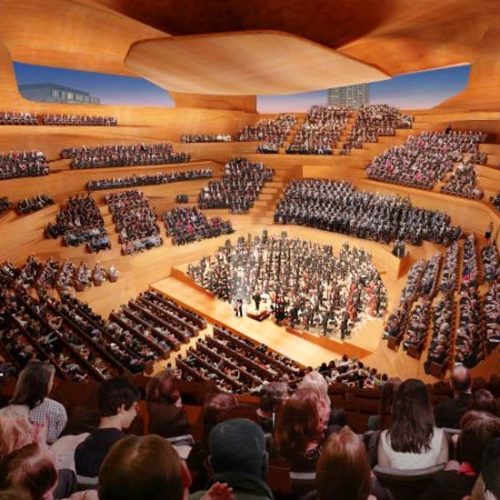 « Death of a great British organist, 89