The Fortnightly Music Book Club is reading Vikram Seth’s An Equal Music, a book about the fictional Maggiore string quartet, told through the eyes of the second violinist. This week, we are using reader questions to address some of the complex (and mysterious) inner-workings of string quartets.

We have three special guests answering reader questions this week. Vikram Seth, Calcutta-born author of An Equal Music as well as several books of poetry and novels (such as A Suitable Boy, which is, at 1,349 pages, one of the longest single-volume books published in the English language), has given us some words from India, where is he deeply enmeshed in a new book. Sally Pendlebury, British cellist, was a member of the Vellinger Quartet, the quartet which was studied by Vikram Seth during the writing of An Equal Music. In addition, we have with us Philippe Honoré (pictured) French violinist and former partner of Vikram Seth, who was an integral source and inspiration for the book.

The writing in An Equal Music is deeply personal, poetic, and the themes weave between lost/gained love, the struggle for musical fulfillment, and the complex lives of a successful touring string quartet. Questions can be left below in comments, or sent to Fortnightlymusicbookclub@gmail.com.

Reader Question:
“The author has a very detailed, clear vision of the inner workings of a string quartet. Did Vikram Seth have the opportunity to work with a living quartet during the writing of this book?”

Philippe Honoré:
‘When I first met Vikram he was already incredibly knowledgable about classical music, which he loves. He has an enquiring mind and he wanted to find out much more about what it was like to be a professional musician.

‘One day we were walking in Hyde Park and Vikram had a vision of a character about whom he wanted to write, and we chatted about some key aspects of the character’s life as he saw them. I suggested that he could maybe make the character a musician and things went from there. When Vikram decided that indeed the novel would be about professional classical musicians, I did introduce him to some of my colleagues and friends. He interviewed and followed many of them for months. But he spent mostly a lot of time with the Vellinger Quartet (which sadly doesn’t exist anymore), attending their rehearsals and concerts as a “fly on the wall”. They were at the time the most successful young British quartet, with a very busy schedule in the UK, and around the world. Bizarrely, I ended up joining them after the book was written, as they were looking for a replacement!’ 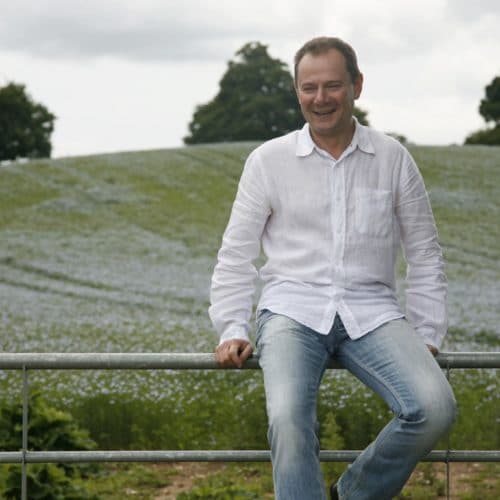 A word from Vikram Seth:
‘Please tell the readers that I was really trained in Indian classical music and came to Western classical music somewhat late. And further, another quartet player whom I talked to was a friend of mine from Vienna, Johannes Meissl of the Artis Quartet. I am delighted that Anthea and her group are enjoying the book.’

Reader Question:
“It seems as if quartets are all-consuming. Is it difficult to make the distinction between quartet and personal life while a member of a quartet?”

Sally Pendlebury:
‘There are definitely times in a Quartet‘s journey that life within and out feel nigh on indistinguishable! This is often particularly so for young Quartets, who perhaps come together through friendship or from an intense period of working together at a music conservatory under the guidance of an outside authority.
‘In the early days of forming a quartet, methods for intense rehearsal are being discovered, tried and forged at a time in life when egos are possibly at their most fragile!? All this makes for quite an intense heady mix and one is forced to find personal reserves that afford a strength to take criticism on the chin and to attempt to be ‘positively’ critical……the gesture and inner life of the incredible music being the guiding force that allows criticism to take place at all (rather than having a go at someone about their bow arm!) This really can be tricky when you’re all best mates and I have seen countless excellent young Quartets not make it through this hurdle.
‘When we formed the Vellinger Quartet we were all pretty much straight out of college and used to start each rehearsal with a coffee break which could go on practically until lunchtime; we basically knew everything about each other’s lives and we would go on rehearsing well into the night because seemingly we didn’t need to be elsewhere! (I remember my now husband lamenting that I saw considerably more of my quartet colleagues than I did of him).

‘Looking back I wouldn’t have had it any other way, we needed that all consuming passion and commitment and coffee to be who we were, then, as a quartet. Practicalities do set in however, be they mortgages, marriages, babies and I imagine most Quartets will find (as we did) a more efficient way of working.

‘I remember Vikram regarding a particularly tense rehearsal of the slow movement of Brahms A minor Quartet and I think at the time he was surprised at the tenacity of each ‘holder’ of a strong idea and that there wasn’t a quicker, easier more compliant, compromising route. For us, back then, compromise rarely won the day!

‘One does have to work very hard not to take any of that kind of rehearsing personally and work harder still to leave it in the practice room where it belongs. This becomes easier to do the older one gets in my personal experience!’

Thank you, Vikram, Sally and Philippe for your contributions. Please join us in a Fortnight, when we will be again hearing from leading voices in the magical realm of the String Quartet