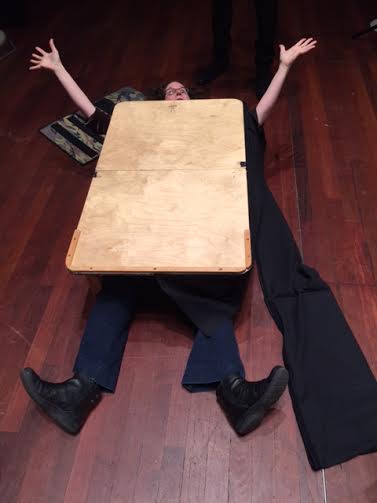 I have a procrastination problem. It is almost impossible to get me to hold off doing something – I am an incessant list-maker, and always have way too many ideas and things I am planning, and I have an obsessive pride in alway getting them done (which sometimes means hiring a helper or two, like I have done for the “Inside Music” tour in March – there are still a couple of openings, let me know if you want a space).

Jason, who has an interesting mix of do-er and procrastinator, is always encouraging me to be lazier. He has three methods – 1. during an emergency nap, he sneaks in and turns off my alarm, 2. he randomly hands me snuggly things like blankets or slippers, or alcoholic beverages, 3. he casually mentions a new video game – like, “did you catch that NYT article yesterday about Red Dead Redemption 2? It is supposed to have spectacular scenery, and you can use a bow and arrow…..“. Every birthday, he downloads a video game for me on the PlayStation, and every year or so, when I am nearing a burnout, I become weak and stay up really late at night for a week, playing until my eyes are as dry as sandpaper – and magically my glass of wine stays full and snacks appear.

Quartet concerts have wrapped up for the year, I have only a couple of days left teaching at the University, and I am neck-deep into Red Dead, which does actually have amazing scenery. I spend as much time as possible in my PJ‘s, and I want to eat only popcorn and cookies. I wore my slippers to the dentist today. Life is good.

Here is a story.

I have several relatives who play in the studios in Los Angeles (movies, tv, commercials, shows). Those LA people make obscene amounts of money, and live good lives, but of course, kindof like switching from violin to viola, you have to sell your soul to the devil. Gone are the days of emotional satisfaction through music making, toiling over a measure for weeks with the metronome; hello whole notes with fermatas, interspersed by incredibly difficult but emotionally vapid pyrotechnics, a healthy dose of ponticello, all while in the comfort of your own personal clicktrack, delivered via headphones, and a back-stage buffet that would give any carb-sensitive individual whiplash.

And so, apparently, any opportunity to play chamber music in this environment is a major carrot-dangler. Rare and tantalizing. These musicians are the top of their field, and incredible sightreaders, and have become accustomed to making music with very little rehearsal, and no personal involvement. Just lay it on down, babycakes. And, of course, with chamber music‘s slow boil, and need for almost ridiculous emotional and technical psychoanalysis, it is like backwards day when they get a chance to play Chamber. Just turn your sweater right on around.

My relative had a chance several years ago to play a chamber concert with some really top-name LA musicians. The rehearsals were hilarious – some people rolling in over an hour late, a smattering of drinking problems, everyone sightreading, but nailing it, and just basically chaos. The concert was in a huge hall, packed, and right before going on-stage, when your typical chamber group would be individually collecting themselves, or offering final tidbits of supportive advice to their colleagues, a member of my relative’s group turned to the other members as he walked on stage, pumped his fist, and said “WINNER TAKES ALL!”

My relative was in such shock, not knowing if this was either: A. serious, or B. the best-delivered straight-faced joke they ever witnessed. The mystery was never solved, but the gift just keeps on giving – it has become a standard part of my chamber music teaching. Win the concert!! It’s you against them – crush your opponents and win, win, win! And now, it is my gift to you. Also – try Red Dead Redemption 2 – you can wander around on your horse for days, and the mountains are so lovely…..