Was Handel the Jeff Bezos of classical music?

From my lead review in this weekend’s Wall Street Journal of Jane Glover’s book, Handel in London, headlined ‘The First Musician-Entrepreneur:

Jane Glover’s new book titled Handel in London examines how a German musician of strong opinions and unpredictable temperament captured the rhythms of a world capital. There are many books about Handel that scrap with each other over such issues as his originality, his piety, his eating habits and his sexuality. The merit of this narrative is to ignore all of these voices off and focus on the mechanics and context of how Handel conceived and achieved music of deathless fascination. Dr Glover has conducted more than 100 Messiahs; she ought to know…

The difference between Handel’s life in Hanover and London is that in London he was no longer on the royal payroll but operated as an independent contractor, selling his services to theaters and eventually financing his own shows. There is a strong case to be made that Handel was the first musician-entrepreneur. Before each season, he would recruit the best singers in Italy and the most proficient local musicians, directing performances from the harpsichord and keeping an eye on the bottom line. Each night when the show was over, he would ride with his takings to the Bank of England, which kept a window open late to receive Mr. Handel’s revenues. Or so the story goes…. 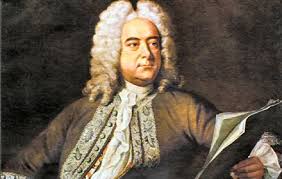