Oh no, Yuja messes up again

We’ve tried to keep you up to date with the confusion since the glitzy pianist Yuja Wang was dumped by her boutique agent for being too high maintenance, but the story won’t stand still.

First, Yuja put her Asian and French careers in the hands of Kajimoto.

Then she had it announced that she would be managed worldwide by Intermusica, based in London.

Only now she has changed her mind again.

As of this morning, Yuja is represented in North America by the been-there-done-that agent Earl Blackburn.

Her picture has been hastily added to his roster.

Elsewhere, she is with Kajimoto in Japan, and has separate arrangements in Spain and Italy. Full list here.

You could say so. 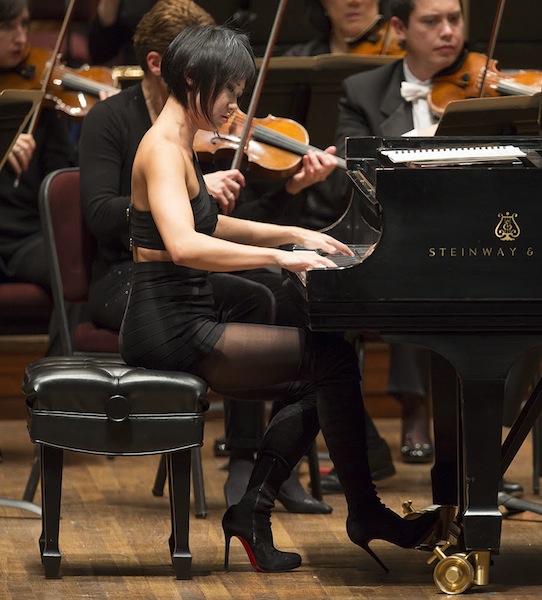