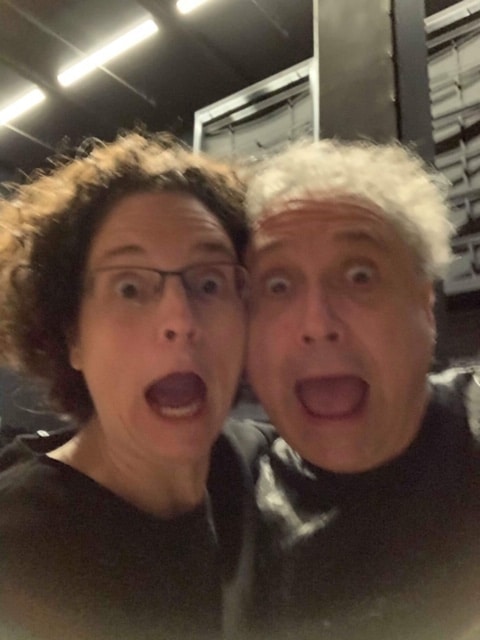 Anthea Kreston is playing this week in the St Paul Chamber Orchestra:

We transition from early music specialist Richard Egarr to the violinist Patricia Kopatchinskaja. Both are Artistic Partners to the Saint Paul Chamber Orchestra. An Artistic Partner, as far as I can tell, is a cross between an amazing soloist, kind-of conductor, philosopher, programming genius, and a person with incredibly decisive ideas (not only on music – politics, history…..). Big personalities.

It’s been a wild ride with Richard Egarr – he is a fascinating human. I am enriched by this week, and feel that there has been a fundamental change in me – that I can never go back to the musician I was just nine days ago.

In rehearsal, he has a style which is stream-of-conscious. His mind goes so quickly, he speaks so quickly, I have the sense that whatever he happens to be saying at the moment is something that occurred to him already, and as he is speaking he is thinking about the next thing he wants to do – he is time traveling. As we play, he is endlessly singing along with us – one line from the trumpet (who he refers to as Trumpétskis, the oboes are Duckies) morphs into the bass or violin line – words of encouragement, or scolding – intonation, demonstrating the emotions with his face or body. Detailed, demanding, complimentary – the music absolutely sounds like his vision – he offers technical advice, but more often offers a story, a tidbit.

For example, ”a fugue isn’t an argument – it’s a discussion“, or, ”just put some potatoes in your pockets”, and ”that’s where all the juice is – the most delicious stuff (smacking lips)“, or, ”it should sound like tiny rancid gerbils, caffeinated gerbils”. Before going on stage, he raised his arms and shouted “Play Dirty, everyone!“. He doesn’t believe in handling baroque music with kid gloves – it is as steamy and sexy as anything you hear in Tchaikovsky – people‘s life experiences have always been as complicated and spicy, and Baroque music should demonstrate that.

He refers to specific treatises on trills, note inégales, personal details about the composers, piece, or circumstances under which it was performed or composed. In any given sentence, you could hear a Buster Keaton, Monty Python, or Grease quote, nestled among specific intonation requests, balance issues and phrasing decisions. I’m a pretty well-rounded individual, but even I looked up some of the more obscure references during our coffee breaks (like, ”Well done, Henry”, which turns out is a British comedy from 1936).

Looking forward to these next exploratory rehearsals with PatKop – it is a reminder to me that human beings never cease their hunger to learn and find ways of communicating with one another.

« Canadian orchestra is forced out of its hall

Classical Music is finally sold out »