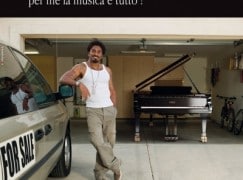 Fazioli and Steinway in open war over piano competition

Both firms are sponsors of the Honens contest in Canada.

Boutique maker Fazioli says its pianos were sidelined and competitors were pushed towards the market leader, Steinway.

Both firms are behaving like naughty schoolboys. And not just at Honens.