I am writing this statement as the Elizabeth Rowe litigation is in progress. It is my fervent hope that mediation, currently under way, will be productive and satisfactory to both my employer and Elizabeth. I am grateful that my peers have continued to be patient and supportive of their colleagues- most particularly, of course, of Elizabeth, who has earned that support every day, the last 14 years.

Needless to say, it has been an odd experience to have this story end up on the pages of so many news publications- even on cable news. I have been given a taste of the process which turns so many 3 dimensional, nuanced, personal situations into cardboard cutouts. There is a generous dollop of the intense national political polarization which has stimulated commentary from observers and readers, and, often, despite the honest efforts of numerous journalists, the commentary is either insensitive to important details of this case, or not aware of our industry’s methods of dealing with these difficult problems. I pray that, in relatively short order, this incident will be viewed in the rear view mirror.

However, as trying as this has been for everyone, it may also provide us with (dare I use this term)- a teachable moment. I have begun to read a great deal in the national press about how the issue of equality in hiring is handled in our profession, replete with statistics. Great concern has been expressed for having a level playing field- in the article in the Washington Post, of course, the area of gender neutrality was foremost. We are, now, officially, under the microscope of the national media, and the consequences of that are not yet clear. Running auditions has always been fraught with peril- one of the most difficult tasks we engage in. It has, unfortunately – for an art form – become what defines our era in classical music making. I will stay away from the topic of the negative impact on the aesthetic choices that young musicians and their teachers are forced to make in this environment, and focus on the issue of “fairness”.

The first, and most important thing I want to say is that I have been a proud participant both at the Met and in the BSO in what have been scrupulously run auditions. Elizabeth Rowe, in fact, was the first person to be hired under the current contractual clauses relating to audition procedure. The clauses set up a system similar, although not identical to, those of the Met’s, but with equally marvelous results, fine musicians have been hired, and there has not been attendant political tension within the communities, which can be so unpleasant to the ongoing social and professional function of an orchestra.

As I have, in every audition in which I have participated, remained behind the screen from beginning to end, I have at no moment been aware of the gender, race or geographic origin of an applicant. As importantly, outside of the way the player sounds, I have not been aware of that person’s schooling. In short, I have judged using my ears rather than my eyes.

This controversy dovetails, however, with what has been an ever growing concern of mine- that of whether orchestra auditions, in the modern era, have been “open”. It may be wise for both employers and musicians to review and even standardize, on a national level, what “open” means. We need to avoid any sign that we are running auditions in the US to maintain a special status as a privileged club. Newcomers of all shapes, sizes, colors and creeds must be welcomed as applicants and potential future colleagues. I remember, when I first came to the Boston Symphony, being informed that a peer only achieves peer status upon receiving the blessed designation “tenured”. I disagree heartily. A peer can be a 19 year old candidate, a 60 year old veteran, a freelancer, a member of an ICSOM constituent ensemble- anyone with the aspiration of joining my orchestra. We must treat the people behind the screens as peers from the moment they utter their first note.

So- open- what does that mean, at least to me?
1. To allow a competent player a live hearing is critical. The sheer number of competent, trained
musicians is overwhelming, of course. In the BSO, a single vote on a taped audition is sufficient
to be passed into the “preliminaries”.
2. When a player is playing a preliminary audition, that preliminary should be run in a way that
clearly gives the benefit of the doubt to the player. Rather than eliminating someone in an early
round with many positive qualities who has uttered one questionable note, we are admonished
in Boston to err on the side of giving that person a chance to play again. As in numerous peer
orchestras, a candidate who receives close to the required number of votes can be voted on a
second time, in order to allow for this kind of consideration. More often than not, in Boston,
they are passed on to the next round.
3. Having discussed the comportment of committees towards first round players, it is also
necessary to discuss a couple points relating to later rounds. The number of applicants- I
repeat- is staggering, and large orchestra managements and players deserve a lot of sympathy
for the difficulty of this job. Nevertheless, an ongoing problem is that of prelims yielding very
low totals of players, and later rounds containing relatively high numbers of invitees. The result
is an environment where players listening are looking forward to “the real audition” or “the real
applicants”. If one advances 5% or less of auditionees from a first to a second round, it results in
a totally random selection. There is generally a much higher yield in early rounds at the Met and
the BSO, and invitees to later rounds are surrounded, in a screened environment, by equal or
greater numbers of their less well known peers.
4. Despite the difficulties during the transitional period from a retiring player or one who has been
released, with or without tenure, to a new hire, orchestras must be careful not to create
“realities on the ground”. Too many national auditions in recent years have had obvious
orientation towards players who, by invitation rather than audition, have had the inestimable
advantage of being a familiar colleague to panels, rather than an anonymous peer- worthy of
consideration, but not of advantage in the process. All too often, acting positions are picked
from either the known or the anointed. We live in an era of increasing technical virtuosity on
our instrument. It is instrumental virtuosity that should be rewarded, not virtuosity with a cell
phone. A diploma from a first rate school, or a treasured relationship with a great teacher is a
wonderful thing. It should not be a gateway to a new, inevitably corrupt orchestral world like
that of 80 years ago, with a built in class system of haves and have nots. HOW PEOPLE SOUND
should be the key.
5. Auditions must be held in an environment that is as devoid of orchestra politics as possible. The
desire to establish one’s status with the Music Director is a time honored motivation with
players. I recommend the incredible movie “Taking Sides” with Harvey Keitel- a portrayal of the attempted trial, for collaboration, of Wilhelm Furtwangler, by the occupying US Army. It is, at
once, a wise portrayal of figures caught within a strongly hierarchical system within an even
more authoritarian state, and a hilarious portrayal of the egos and weaknesses of the musicians-
in the case- title chair players in the Berlin Philharmonic. A critical element in auditions is closely
regulating discussion, particularly in the presence of a Music Director. There is simply none
allowed at the Met, and in the BSO there is very scrupulous attention paid to keeping discussion
within careful lines, avoiding identifying language which might bias members of the panel
towards a particular, known candidate. However, there are other reasons that discussion can
get out of hand- for instance- explaining to the uninitiated the virtues or weaknesses of
particular schools of playing- either specific conservatories or national schools of playing. The
playing itself should show the merits or faults of the player. Ears- not eyes. Sound, not
resumes. Talent, then, over time, will out.

6. Finally, we may have arrived at a moment where it is necessary to propose that all orchestras
maintain the screen through the entirety of an audition. That is not to say that I feel that
allowing BSO players to opt to come out from behind the screen has tilted auditions in Boston. I
have remained behind the screen in every audition, but don’t feel in any way that the final
choices have been compromised by our process. I have agreed with all of the final round
contestant pools, and virtually every hire in Boston, and I have participated in, of course,
predominantly wind auditions, but brass and string as well. That said, we must avoid the
slightest appearance of impropriety.

I am terribly worried that the public debate will begin to exert irresistible pressure on employers in our field to guarantee outcomes that are at odds with hiring the most artistically qualified.

Furthermore, it has been a very important part of my career to train young musicians. I have
never seen the level of despair present in the conservatory and university trained population.

They feel, justifiably, that they have never had less of a chance to be heard fairly. That is a
cancer for the orchestral world. We are already facing great financial trials and decreasing
number of jobs that pay a middle class living with solid benefits and pensions. How can we get
in a pulpit about the nobility of our artistic strivings when we are showing less than full
sympathy and due consideration to the youngest and least experienced amongst us? This letter
may raise the hackles of hard-pressed orchestras and orchestra musicians. They may protest
that they are taking every effort, already, in a period where both time and money are
challenged. I feel that it is the appropriate time for me to raise it. We may only be seeing the
tip of the iceberg when it comes to litigation against our employers, and that is a terrible waste
of our industry’s resources. 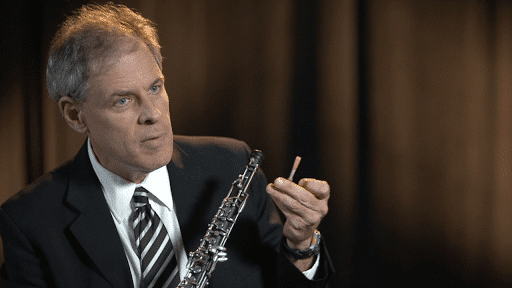