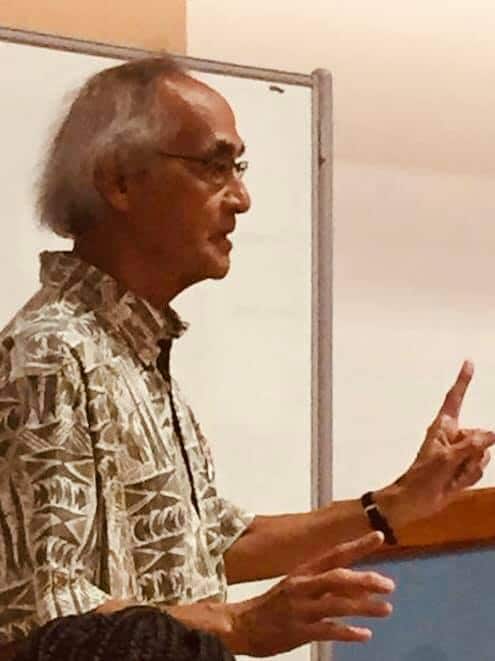 A Florida inspiration has died at 76

We’re sorry to learn of the death on Christmas Day of Dennis Kam, professor emeritus at Frost School of Music and composer in residence at the South Florida Youth Symphony, where he lit up hundreds of young musical lives.

Dennis Kam, Professor Emeritus – University of Miami, was born in Honolulu, Hawaii in 1942. Retired from the Frost School of Music at the University of Miami in Coral Gables, Florida since 2013, Kam was Chair of the Music Theory and Composition Department from 1976 until 2012 and also directed/conducted the Other Music Ensemble (group for the performance of new music) at the University of Miami. Currently he is Music/Worship Director Granada Presbyterian Church in Coral Gables, Florida and also Composer-in- Residence/ Associate Conductor for the South Florida Youth Symphony.

Kam was educated at the Oberlin Conservatory of Music in Ohio, Mozarteum in Salzburg, Austria, the East-West Center at the University of Hawaii, Toho Gakuen in Japan, and the University of Illinois. He received many commissions, grants, and awards, including important ones from BMI and the Ford Foundation as Professional (Composer) -in-Residence for Honolulu and the State of Hawaii under the auspices of the Ford Foundation/ MENC Contemporary Music Project during 1970–1972. In addition, he was President of Southern Chapter and National Board Member for Composition in the College Music Society, and has also served as a member of both Executive and National Councils for the Society of Composers, Inc. His solo and chamber music are released on Paladino (Austria), Albany, Capstone, and Living Artist labels.

Death of an international bass, 93 »