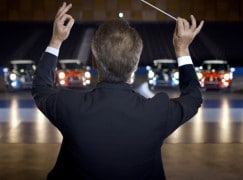 From a new essay by our collabo Joseph Horowitz:

… According to stereotype, the orchestra is an elitist institution. But look at its early history in the United States. Henry Higginson, who created the Boston Symphony in 1881, insisted on reserving blocks of 25-cent tickets for nonsubscribers. Leopold Stokowski, who made the Philadelphia Orchestra matter, produced the American premiere of Mahler’s Eighth Symphony in 1916 partly because he knew it would require many hundreds of amateur singers. The performance was an epochal community event. Remember that symphonic conductors once stayed put—there were no airplanes to fly them from one musical capital to another. In Chicago, Frederick Stock was not an international celebrity. He was, instead, something of greater civic consequence: a localcelebrity, a popular favorite who in summertime led his orchestra in outdoor concerts at which multitudes sang along.

But over the course of the 20th century, American classical music disappointed expectations and remained a Eurocentric import. Orchestras succumbed to formula. They sacrificed local identity based in community for itinerant star power. They squandered their potential to instill a sense of place.

Today, the marginalization of the orchestra in American culture is a pressing cause for concern within the shrinking classical-music milieu. Emergency measures are afoot. The latest remedies of choice are “inclusion” and “diversity.” Women composers are belatedly being programmed and celebrated. Both the League of American Orchestras and the Andrew W. Mellon Foundation (the lone survivor of a national philanthropic community once dedicated to sustaining orchestral performance) are funding a “pipeline” to propel young musicians of color into the ranks of major orchestras. These are important initiatives. But they attack symptoms, not causes. And they risk exciting the same divisive energies that afflict identity politics more generally….

So what’s to be done? Read on here. 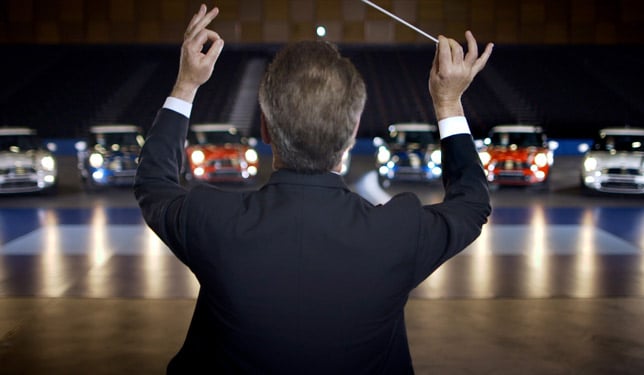