The noisiest pianist on earth?

We read that Arcadi Volodos played his latest recital at the Vienna Konzerthaus under the English slogan, ‘Be prepared for big sound’.

Is he challenging anyone to a bash? 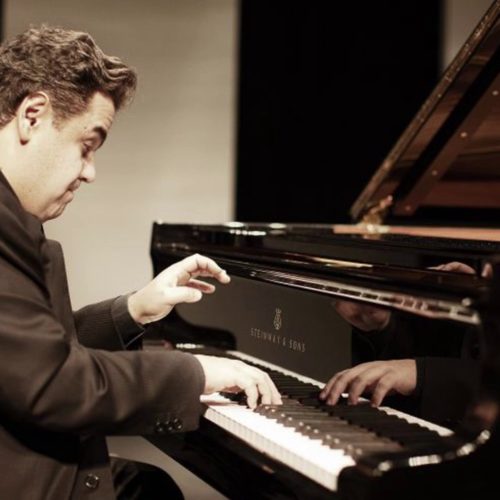