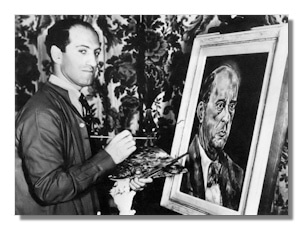 Despite its title, Schoenberg in Hollywood tells of the composer’s life before he drove a Rolls Royce, played tennis with George Gershwin, and attended garden parties with Harpo Marx in the Los Angeles suburbs. Part biopic and part psychological study, Simon Robson’s libretto portrays a solitary figure who lives constantly in his head. Schoenberg, driven by talent and ego, longs to transform the world through music. Yet he is also afraid of moving forward.

« Death of an iconic music photographer, 75