Orchestra is hired to stop people leaving stuff on trains

From the RPO’s PR:

Commuters across the country leave over 38 million items of lost property on trains every year, as a new list of 10 weird and wonderful ‘forgotten items’ is revealed by East Midlands Trains.

Equating to a staggering £906 million worth of property across the UK, the list of items left behind on East Midlands Trains services includes four pieces of priceless art, two seven-foot surfboards, a life-size cut out of US president Donald Trump, a pork chop, bag of condoms, a 6ft inflatable cactus plant and enough instruments (45) to deck out half a symphony orchestra.

To highlight the amount of property left behind, East Midlands Trains, which is part of Stagecoach Group, has partnered with the Royal Philharmonic Concert Orchestra to create the Lost Property Orchestra, a one-off performance of a personalised ode to former owners using the real instruments and more unusual items they left behind in a bid to reunite them. 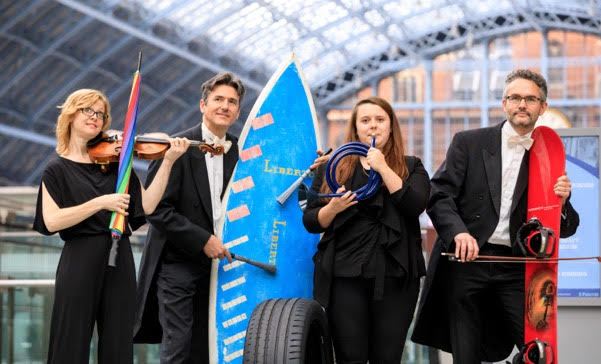