A horror story from Texas.

Jordan Ali Halane, a Fine Arts teacher and a piano and voice coach at Wessendorff Middle School, in Rosenberg, was found unconscious in an empty classroom during a school break.

He died later in hospital.

The school principal told parents in a letter: ‘Unfortunately, we believe it was the teacher’s intent to harm himself.’

No details have been given of cause of death.

Halane, who was 32, was also vocal music director at Lamar CISD

He was coming up for his second wedding anniversary. 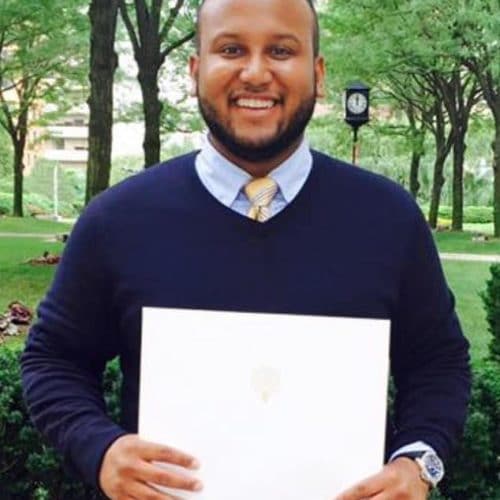