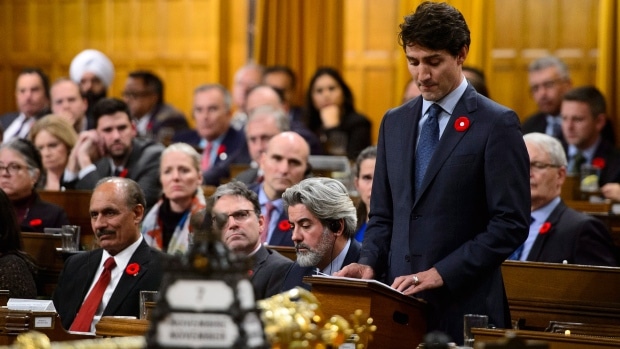 You must watch this impressive address to Parliament by the Canadian Prime Minister, Justin Trudeau:

In 1939, Canada turned its back on 907 Jewish refugees, deeming them unworthy of a home, and undeserving of our help. Today, I issue an official apology on behalf of the Government of Canada to the passengers of the MS St. Louis and their families for this injustice.

The St Louis has been the subject of an opera and several works of fiction.

Prime Minister Trudeau declares that the ship was turned away from Canada for no reason other than the anti-semitism of its Liberal prime minister at the time and his senior officials.

He pulls no punches. ‘These refugees would have made this country stronger and its people proud,’ he says. ‘Jews were viewed as a threat to be avoided… Of all the Allied countries, Canada would admit the fewest Jews…. We used our laws to mask our anti-semitism.’

« How to sell your violin and keep it

Why be the fastest violinist if you mostly play wrong notes? »