Baltimore oboe says: I told you so

Katherine Needleman, the Baltimore principal oboe who filed a complaint against concertmaster Jonathan Carney, is delighted at his suspension.

She tells the Baltimore Sun:

‘I do not know the woman who was threatened at the Midatlantic Symphony; I have never met her nor spoken to her. I have, however, had a similar threat directed at me by Jonathan Carney, and understand too clearly how frightening he can be. That Mr. Carney would threaten two women completely unrelated to my case in the way he did shows why other women may be unable to speak out, especially where they were not provided anonymity in the case of the BSO’s internal investigation, where three women declined to speak. I commend the Midatlantic Symphony for taking decisive action and firing Mr. Carney to protect the women who work for them. I stand with both women who were threatened and hope they get the peace they deserve.’

Ms Needleman has also posted a picture of her new tattoo, in solidarity with the Baltimore Symphony: 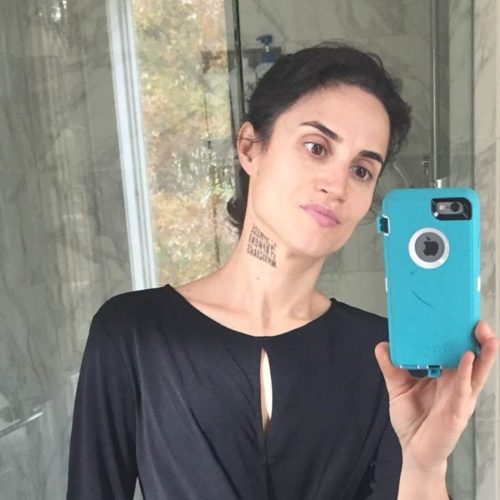