The next music director of the Orchestre national de Lyon is to be the violinist and conductor Nikolaj Znaider, according to local reports.

Leonard Slatkin retired from the post in mid-2017 and the orchestra has taken its time in making an appointment. 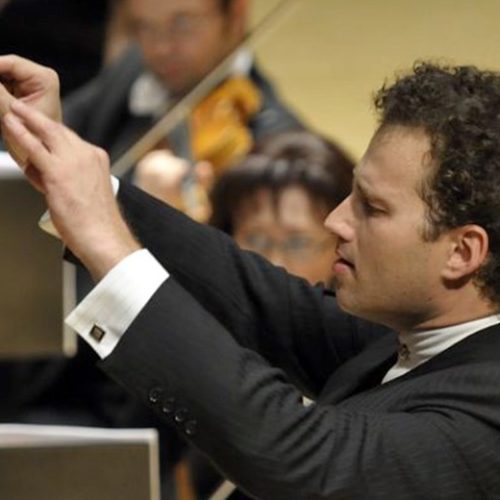 We are sad to hear that Allan Evans is no more.

He died on November 7 in Mannheim, where he sang in Pelleas et Melisande as recently as March this year. 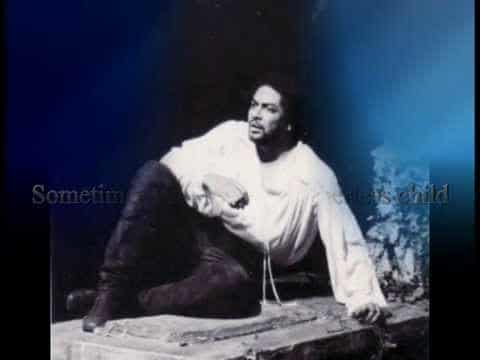 Raised in Macon, Georgia, he went to Juilliard on a scholarship from the Reader’s Digest owners DeWitt and Lila Wallace and completed his studies with Hilde Zadek in Vienna. ‘I was born into racism,’ he said.

With few opportunities for a singer of colour in America, he joined the Theatre in Trier and later Basle, moving to Mannheim in 1987. He guested all over Europe, specialising in Wagner roles.

The Intendant of the Gesellschaft der Musikfreunde in Wien, Dr. Thomas Angyan, will leave in June 2020, at the age of 67. 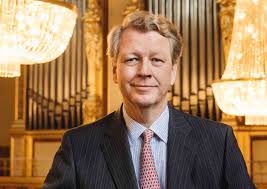 From the directors of Pop-Up Opera, which gives 80 performances a year:

We appreciate that the following news will come as a surprise.
We have made the decision to bring Pop-Up Opera to a close at the end of 2018.
It has been an amazing journey over the last 8 years, and we are so proud of what the company has achieved, but feel it is the right time to draw things to a close now. All good things must come to and end, and we’re are pleased to be finishing on a high! We have not ruled out the possibility of future projects some day.
The support you have all given us, championing the company and us personally, is something we are immensely grateful for. Our loyal followers such as yourselves have been a huge part of the success of this venture and our joy in running it.
With love and best wishes,
Clementine (Lovell) and Fiona (Farmer) 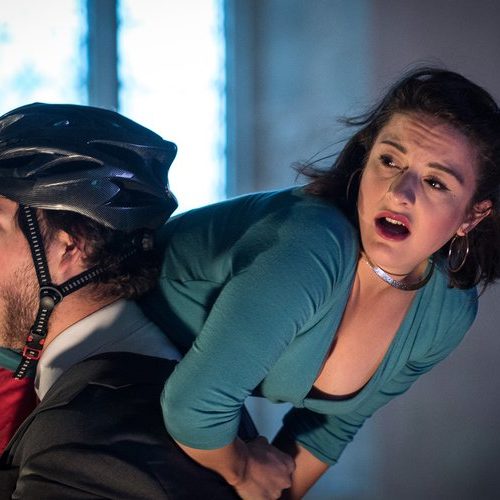 He replaces executive director Stefan Englert, who left the post in June.

Ivan Fischer says: ‘There is great chemistry between Martin and me.’ 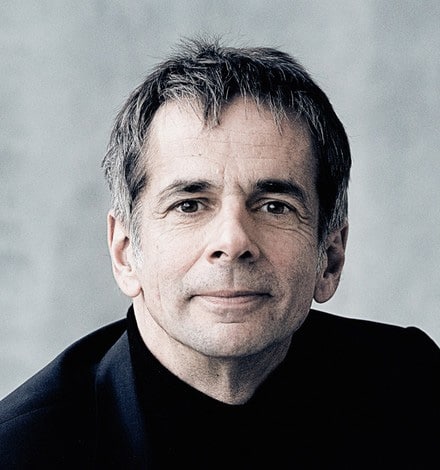 Daniel Barenboim conducted the Chicago Symphony Orchestra earlier this month. At no point did he mention the plight of Native Americans who were driven out by European settlers.

He performs often in Argentina, where he was born. Again, no mention of the original people of Latin America who were massacred by settlers.

But in Australia this week, he milked unearned applause for a comment on the indigenous inhabitants of that continent, and at every other opportunity he raises sympathy for the plight of the Palestinian Arabs.

Barenboim’s concern for the Middle East is commendable. He grew up in Israel and, years later, formed a symbiotic friendship with the Jerusalem-born academic Edward Said. He used to keep a residence in Jerusalem, where his wife Elena Bashkirova runs a chamber music festival. Barenboim has every right to take a position on a place where he belongs, regardless of whether one agrees with him or not.

But Australia? He hasn’t been there for 60 years and his comment has no context. It’s a form of the worst kind of virtue signalling – look at me, I’m a really nice person, won’t you join me on the nice side?  If Daniel, or anyone else, had the courage to stand up at Carnegie Hall and denounce what Europeans did to America’s indigenous population, he might be applauded for the courage of his convictions.

More likely, he’d be run out of town and never let back into the United States.

So he won’t do that. Nor will anyone else. He’ll just keep scoring cheap points where he can.

He’s a musician. He should let the music speak. 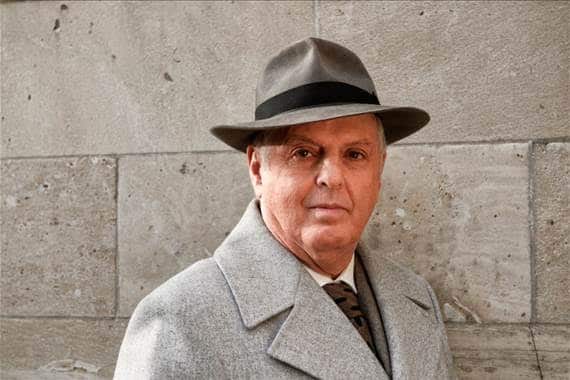 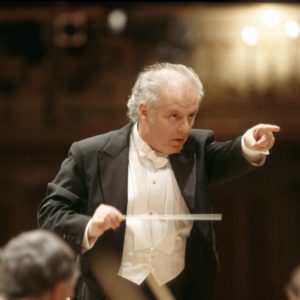 The wonderful Russian violinist Nina Beilina has died in New York at the age of 81.

A student of David Oistrakh at the Moscow Conservatoire, she won gold medal at the 1961 Enescu contest and came third in the 1962 Tchaikovsky Competition (winner: Boris Gutnikov), going on to a considerable career in Russia and abroad.

In 1977, after her husband’s death, she settled with her son Emil Chudnovsky in New York, becoming a professor at Mannes School of Music. Emil is now a successful concert violinist. 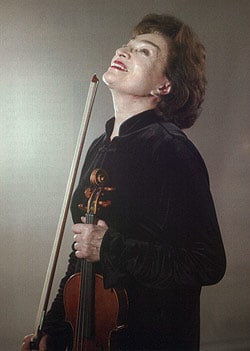 I was his post-graduate student, but had an unusual relationship with him. To understand why it was unusual, I have to take you behind the scenes to the personal politics of the Moscow Conservatory. In the Conservatory, there were two factions among the violin faculty, roughly speaking: there was the clique to which my first teacher, Abraham Yampolsky, belonged and then there was the Oistrakh faction. As a Yampolsky student, I was a Montague to the Oistrakh Capulets.

When I graduated, as a straight-A student, from the Conservatory with the equivalent of a B.A. in hand, I applied to the Conservatory’s post-graduate department. I can only speculate as to why I was not even allowed to audition; that is to say, my application documents were summarily rejected. Was it the line identifying my nationality in my internal passport? The line which read “Nationality: Jewish”? Or was it the “membership” in the wrong clique? Either way, what it certainly wasn’t, was my grades (all A’s, remember) or my playing – since I wasn’t even allowed to audition.

So, understandably angry, I left Moscow to go to Leningrad to study with Julius Eidlin. He was a disciple of Leopold Auer, and I am immensely grateful for the time I had to work with him. As a parenthetical aside, I can say that he re-did my Bach completely from the over-Romantic approach then popular in the Soviet Union to something approaching a Szeryng mentality. But I digress.

What is relevant is that Eidlin became very, very ill. He was unable to continue teaching and yet I had no “home” to which to return in Moscow since Yampolsky had passed away. So Eidlin made the olive branch move: he called David Oistrakh, asking him to accept me. Thus – a phone call as a flag of truce. And so Oistrakh took me on as his student back in Moscow, at the Conservatory, towards the end of my Masters equivalent….

As a violinist, he was what I call a “jeweler”. This meant that he put every piece under a virtual microscope regarding every shift, every bowing. Everything had to be completely secure, consistent and unshakable. I remember one lesson which he tape-recorded, then played the tape back to me at a slower speed. Obviously, everything was at a much lower pitch, but one could hear all the micro-events – a shaky shift here, a clumsy bowing there, an unfocused attack elsewhere – and it was incredibly instructive….

GT: How do you cope with the constant travel across Europe and elsewhere, do you manage to catch up with family and friends?

EC: Something happened last year that taught me a lesson because in the week that I stepped in for Neeme Järvi, afterwards I went to the Detroit Symphony, where I had four concerts and actually had to cancel one because I had a high fever and after Detroit I went to Hong Kong and in the 3 or 4 days there, I got pneumonia, and had to cancel two months of work. That experience was a shock, like a hammer[blow] to my head, and then I decided to organize my time; how many times I am going to work, and balancing my family and my free time. It woke me up, so now I am more strict on how much work I am taking on and you know my grandmother who is still in Hong Kong, I care about her very much, just making a call to her and talking to her makes a difference, to get that for yourself, all that glamour, the fame gives excitement, its intoxicating and you’re in that bubble, and forget everything else. My experience last year reminded me what this is – its like a marathon – I want to stay in the race as long as I can, maybe like [Herbert] Blomstedt who is 92, he is very healthy, more than a lot of other people! There is this way, how to do all that and still be happy, enjoy the process, now after last year, I have to protect myself, to have this [career], and then I can build up this work.

GT: Is there anything that would make you change your life?

EC: Nothing will stop me, my family and my fiancée are now supportive, (he is also a musician) and we have decided we will commit ourselves to our career, but also don’t want to talk about the wider career, I am very open, I am trying to build myself and grow where life takes me, of course I want to conduct the best orchestras in the world, I also think that I keep this openness, to see what life brings me, I can always have these plans, but you know in these last four years, every time I plan something in life then there come surprises like when the RSNO came along and so I just follow [the course], it’s okay I take it, also I am very aware of how much I can take, if my gut tells me don’t go there, I won’t go there. I also tell myself that life is more than just a career, I think that what I believe is a bigger thing than just jet-setting, all the hotels, and a comfortable life style, I get tired of that after two weeks. Every season I go and do projects with a youth orchestra, it’s not so glamorous, and people say why do you do that, I love it because it re-energises me, it also reminds me why I am doing this, I believe in what I do. So I do that every season, whatever career I have I will always do that, working with young people. I hope I am answering your question as I try to stay very open. 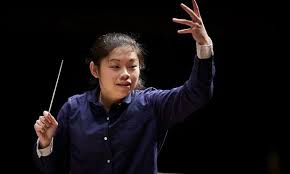