When a young musician must say, No

There has been a bit of an online outcry against the musicians who turned out on Fox News this week to promote a Trump conductor’s dubious allegiance pledge.

Should they have turned down a paid gig? It’s tough out there.

The horn player Audrey Flores tells is as it is:

Most of us spend thousands of dollars on our precious degrees: should we only play jobs that break down to what we paid per hour?  I was accepted by a school who wanted me to pay $13.5k a semester for a course that required 12 hours a week.   By that calculation, I should have only taken jobs that paid $70 an hour, or at least $200 for a three-hour service.  Wow would I have loved to get those calls! At the level I’m at now, I’ve taken union work that paid $125 for 8 hours of work, because it was technically a soundcheck before a performance that paid into the pension fund.  I’ve also played 2-hour shows for $82, again under a union CBA.

The bigger question in my mind is: how much is a musician worth if they take a barista job that pays $15 an hour (hah!) when they could be playing somewhere else for $20 an hour?  Does a musician make a sound if they’re answering phones in midtown?  And does your landlord care about your worth as a musician? 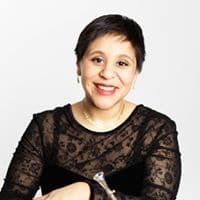