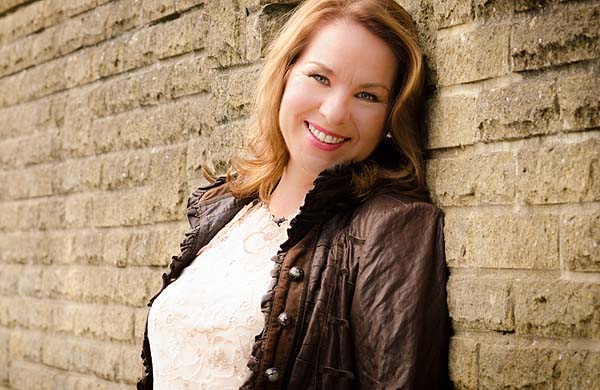 This is what it means to perform opera naked

From the Irish mezzo-soprano Gráinne Gillis. Special to Slipped Disc:

I’ve been thinking about the production of Don Giovanni in Australia, where the director looked for 200 naked women (or women that are suddenly inspired to throw their clothes off in the name of ’empowerment’).

I believe the show has got great reviews, mainly on its Don G, Duncan Rock (so great job on that) but there are a couple of things about this that really, really irk me.

First caveat: I’ve been naked on stage. It was part of a contract for a job that I had, as an actress. I’m very comfortable with just getting on with things in mixed dressing rooms etc and have few issues with my meat-suit beyond wanting to shift some extra poundage at the moment. However, my experience of being naked on stage, because it was badly handled by the company, left me feeling uncomfortable and exploited and vulnerable. I can honestly say that it was in no way ’empowering’. It didn’t leave me with hang-ups about my body or anything else – I just understood at that time and since that being naked onstage is a vulnerable position to put yourself in, and you can’t control the reactions of other people, however many promises of respect in the workplace are made by the company etc. You can’t control the reaction of your colleagues or indeed the audience.

Second caveat: I have no issue with updating opera, as long as it works and is faithful to the core story. In fact, to object to updating opera would be pretty hypocritical on my part, given that the current production I’m in (at the King’s Head Theatre in London) sets La Traviata in a pole-dancing club. However, it retains the major plot elements of the story, and in my opinion, it works. Others may not agree with this – and that’s absolutely fine too.

So, apparently this mass shedding of clothes happens when Don G descends into hell. Now, I’ve only seen this opera a couple of times, but riddle me this: isn’t that Don G’s idea of a good time? Surely it would be more radical for Don G to be stripped by 200 women and then for them to laugh at him – isn’t that what his idea of hell would be? Or beat him up, or something?

Moreover, if we’re looking at nudity as a form of ’empowerment’ – how about directors who insist on nudity directing the show in the nip? I mean, it’s so powerful, right? I remember the first opera I did where a director was looking for a fall from a singer and explaining it to her, and she very calmly insisted that he show her first before she attempted it. Her point was that it wasn’t a particularly safe fall as it stood and that he should lead by example. I do think that directors should be prepared to demonstrate – it’s a basic requirement of the job, to be a leader. It may have been taken out of context, but the director of the show was quoted as saying she ‘might’, if the notion took her, take off her clothes in solidarity with these women. ‘MIGHT?!!’ Hmmm. I call ’empowerment’ BS.

There is a bit of distraction element as well in play when directors go down the gratuitous nudity route. I was at a production recently of an opera that had the most magical opening, playing with the element of light in the overture. I was transported, magically in those few minutes – until the director had some singers do some movements which were writ large on a screen behind, still playing with light, but with what looked very much like their labia on display. Nothing against the labia – I’m very fond of mine – but it jerked me out of that magical feeling to wondering ‘Am I really seeing this? Not sure if I’m seeing this – why not use flesh-coloured pants in that? Etc’ and down a rabbit-hole of musings which really just worked against the magical set-up. It took me away from the story and the magic of the theatre, which, given the auspicious beginning, was a shame.On the other hand, I went to a phenomenal performance of Tannhauser last year at Deustche Oper which used nudity profusely (both male and female) and which was perfectly in harmony with the plot – no points to be made, just to serve and enhance the story-telling.

Not to mention, with these 200 volunteers that may or may not fling their clothes off in a moment of ecstasy, the fact that these are volunteers indicates that it puts a lot of actors out of work for that period. Side issue, but part of the conversation, nonetheless, given cutbacks in the arts.

I’m happy, as a performer, to push boundaries. As long as it fits in with the story, and I’m able to make sense of my character, I don’t mind too much. And of course, you just get on with whatever job and contract you’re doing, that goes without saying. But saying that you’re asking 200 women to volunteer to get naked, in a scene from Don G set in hell, to make a point about #MeToo – please. The ‘leaks’ to the press about it felt opportunistic and ill-judged. I’ve been told by a few people that what the director said might have been sensationalized, and having read a few of the reviews, I understand the link with the 1003 women Don Juan raped and seduced. I’m still not convinced that as a character it would be ‘hell’ for him.

Don’t get me wrong – I’m all for experimentation. Experiments in theatre and opera are important and it is important people are allowed to try, to succeed and to fail. No issues there. The director is female, by all accounts a feminist – and hooray, let’s have more directors like this telling stories in theatres and opera houses worldwide. However, in an age of #MeToo, where survivors are only just relatively recently telling their stories, then having to listen to the rantings of a Brett Kavanaugh, the apologies to him from the POTUS, and are marching and protesting – funnily enough, WITH THEIR CLOTHES ON – I’m slightly skeptical about anything that doesn’t empower women, and renders them as faceless, nameless meat-sacks en masse on a stage. Again, I’m sure that wasn’t the intention – but part of the process of #MeToo is humanizing women, so that they’re not just merely someone’s daughter, mother, sister: but so we start see women (as a society) as individual human beings, with (in the case of #MeToo survivors) individual stories of trauma endured by the prevalence of a system of patriarchy, the key purpose of which is to diminish women’s humanity and render us as mere objects, to be taken by any man with notions of droit de seigneur. That’s the key political point of #MeToo which I feel is often missed.

At this stage, being slightly world-weary and jaded, and having experienced/heard every concept directors have come up with (including one in Finland, where apparently the actors threw faeces that had been collected at the audience – ‘It’s a shit production – literally!’), here’s a fricking radical idea:
TELL THE STORY.
No less, and no more.

SEE ALSO: Stripping and shaming on the opera stage