Sweetbags war breaks out at a Mahler concert

Something unusual happened during a classical concert in Malmö on Thursday when a woman repeatedly crackled her sweets bag during the Adagietto of Mahler’s fifth symphony.

A man who had clashed with her before, took the bag from her hands and threw it on the floor. The woman stood up and squared up to him until they were separated. 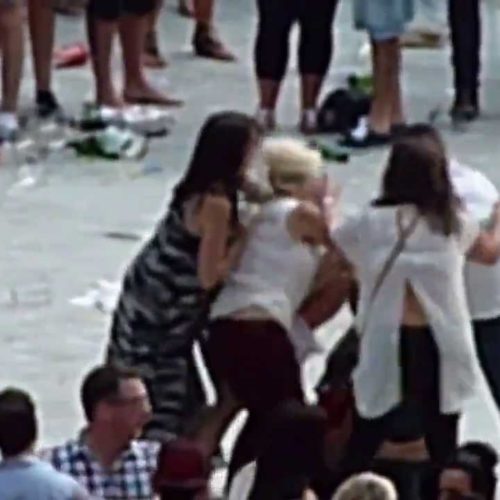 UPDATE: It gets spicier.

The moment the music stopped, however, she took her revenge.
“When the applause broke out, the woman turned towards the man and said something,” Britt Aspenlind, who was sitting two rows behind the pair, told the newspaper. “The woman gave the younger man a slap right in his face. He became angry and started fighting back.”
Another witness said that the blow had been powerful enough to knock the man’s glasses from his face. The woman’s companion, an older man, then seized him by his shirt, and began to throw punches in his direction.
Olof Jönsson, who was sitting in the row behind, described the onslaught as “a violent attack”. “It was very unpleasant actually. I’ve never seen anything like it,” he told Sydsvenskan.
Read on here.