Rumbles of discontent at the Joachim competition

We are not the only observers to suspect foul play in Hannover. This is from a Chinese music critic, Sam Su (蘇立華）:

Yesterday, around 21:30 on October 21, 2018 Beijing time, the competition announced the list of six finalists. From the player’s playing video on the youtube game, the finalists of this competition caused a lot of controversy. The people who watched the game on the spot talked about the behind-the-scenes manipulation of the judges and pushed their students to sprint the gold medal.

Judging from the performance of the contestants, the chairman of the jury, Krzysztof Wegrzyn (the Hannover Conservatory’s German-born violin professor), behind the scenes, made his student Cosima Soulez Lariviere’s suspicion of winning the gold medal.

The 12 players in the semi-finals are very good, and several of them are more prominent. Japan’s Seiji Okamoto (2016 Poznan Wieniawski International Violin Competition winner), American Anna Lee, Czech Olga Sroubkova (multiple) The winners of the major international violin competitions, including the second place in the Shanghai Stern International Violin Competition, and the Mayumi Kanagawa in the United States, are both very mature young performers. One of these players did not enter the finals. 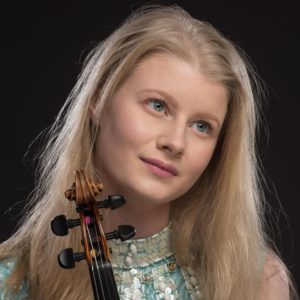 Cosima Soulez Lariviere, the judge’s student , has a good playing style. Playing a very unpopular piece in the semi-final gives a refreshing feeling. This design is very clever and unmistakable. But in terms of overall performance, Seiji Okamoto, Olga Sroubkova,Rennosuke Fukuda and Dmytro Udovychenko, many teachers and students present felt more comprehensive than Cosima. If in the same performance, Cosima Soulez Lariviere has an absolute advantage in interpersonal relationships, people who know the insider look at it. This invisibly exerted tremendous pressure on Cosima. She hoped that she would play in the finals in an extraordinary way, complete the high hopes that her teacher sent her to win the gold medal, and prove that she won the prize with the wonderful performance of overwhelming group. In the music competition, the most feared is that the players are used by the judges as cockfighters or weapons.