The composer has something to say about streaming:

‘We’re talking about who owns the music, to put it crudely. Then that person can do whatever they want with it. They want to stream it, they want to give it to the world if that’s what they want. There are people that do want to do that and I respect that. “I want my music to belong to the world and I’m going to give it away.” That’s great. Maybe they have parents that take care of them. I don’t know where they get their money from. Maybe they rob banks or maybe they just work as janitors or taxi cab drivers and they just want to share their work with the world. Then it’s something that we can honor.

‘My personal position was that I had wonderful parents. Really wonderful people. But my mother was a school teacher. My father had a small record shop in Baltimore. They had no money to support my career. I began working early. You’re too young to know this, but when you get your first Social Security check, you get a list of every place you’ve worked since you began working. It’s fantastic! I discovered that I was working from the time I was 15 and putting money into the Social Security system from that age onward. I thought it was much later. No, I was actually paying money that early.

‘The point is that I spent most of my life supporting myself. And I own the music. I never gave it away. I am the publisher of everything I’ve written except for a handful of film scores that the big studios paid. I said, “Yeah, you can own it. You can have it, but you have to pay for it.” They did pay for it. They were not gifts….

‘When my father had a record shop, we didn’t let people steal the records. My brother and I were supposed to watch people when they came in and make sure they didn’t put the records into their raincoats, and they did. I’m talking about the big 12” LPs. They would put it in their pants and then walk out the door. We were taught as kids in Baltimore that they weren’t allowed to do that. How’s that for a point of view?’ 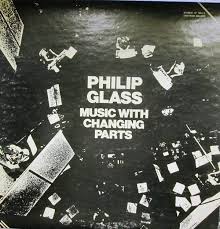