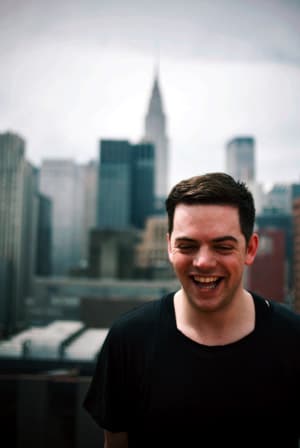 The composer of Marnie at the Met tells the Beast that ‘his next opera may focus on what happened when Agatha Christie disappeared for 11 days in 1926, later claiming to be suffering from amnesia’.

Muhly noted his musical interests were more “esoteric and weird” than the all-too-literal news on any given day and that Ben, his boyfriend of 10 years, worked for a progressive political organization. “A lot of what I do is tell young composers to go out and vote,” said Muhly.

Muhly is resistant to defining his style of music-making, which combines electronic, choral and classical styles. “If you ever have 10 minutes to think about defining your musical style, I would suggest doing something else like learning German or doing ‘a Marie Kondo’ sorting through your drawers,” Muhly said with a hearty giggle.

“I find it supremely uninteresting and not productive, because you find yourself writing the press release before the piece. If you get caught up in self-definition, you don’t do yourself any favors announcing to the world what the project is stylistically.”

« Why the chief’s pet did not win the competition

No US orchestra comes close to Minnesota’s disc record »