A magical trip to Latvia, performing in the hometown of our first violinist – this small beach town was haunting in its tangible history – empty hulls of decaying mansions lined the streets, abandoned concrete hotels dotting the waterfront. During Soviet times, when Latvia was a member of the Union, Jurmala was the beachfront playground for high-level communists (Khrushchev apparently came often), who often were granted vacations – a chance to spend time in one of the many sanatoriums, or have a spa treatment or two. 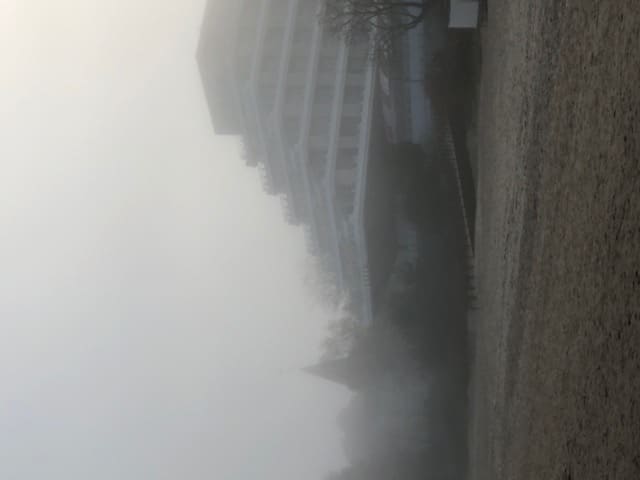 The long abandoned, resplendent wooden mansions – many topped with widows walks (those small appendages, like miniature lighthouses, where wives would pace, waiting for their husbands to return from sea) – the empty concrete workers quarters, gave the town a heavy sadness, which was quickly dispelled once we were in the beautiful concert hall – filled to the brim with a cheering crowd for the home-town girl. She could barely make it off stage after the second encore – arms filled with many bouquets, the ground shaking from the rumble of feet.

Heading to Brussels after Latvia, I have just now finished my days of teaching at the Queen Elizabeth Chapel, and will fly to Greece for a much-anticipated family vacation. In the mean time, I have decided to have a crack at leading a small tour. I hope you can join me – here is the announcement:

Who wants to meet in Berlin March 21 to go to the Emerson Quartet concert in the fabulous new Boulez Saal? I will be there – and I am inviting you, too! And, hey, let’s make it a party. We can have lunch in the fabulous middle-eastern cantina at the hall, have a private tour of the hall, and meet the quartet after the concert. And, if you are game, stay the night in a hotel, and the next morning have breakfast with the Tonmeister of the Berlin Philharmonic, Christoph Franke, one of the brains behind the Virtual Concert Hall. Then, a tour of the Philharmonie and a Simon Rattle conducted Berlin Philharmonic Concert. There will also be one or two more exciting things planned.

It’s my first try at running a “behind-the-scenes” Music Tour. I have two days off between concerts in the Netherlands and the Elbphilharmonie, and we can spend them together. It’s a bit self-serve – but I have blocked some tickets for both concerts, and even hotel rooms if you need one.

Come on, let’s try. March 21 and 22, 2019 in Berlin. Tickets for the concerts are going fast – email me at geigeberlin@yahoo.com and we can make the plans. I have someone who can help with travel and in-town arrangements. Write with questions – we have to snap these tickets up fast before they disappear!