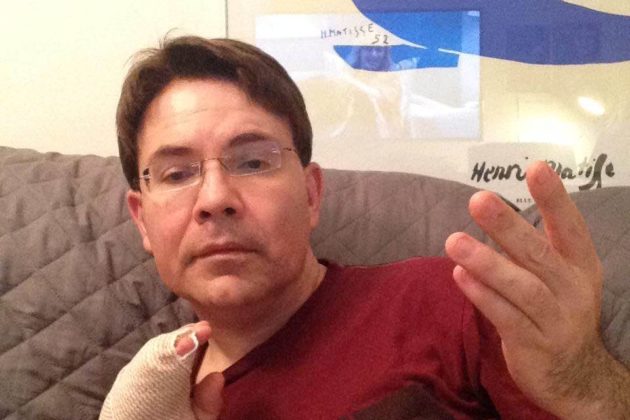 From our occasional series know as ‘sh*t happens’:

Just eight days before the start of its 12th performance season, the National Chamber Ensemble (in Arlington, Virgina) was faced with a potential disaster — the group’s concertmaster and violin soloist broke his hand.

Leo Sushansky, who doubles as the NCE’s artistic director, suffered a “freak accident” Friday (Oct. 12), the group said. Mary Anne Ellifritz, a member of the NCE’s board, says Sushansky was rushing to answer a phone call when he made a perilous decision to avoid a disassembled harpsichord on his living room floor.

“He thought he would hop over it and make it to the phone in time,” Ellifritz wrote in an email. “He tripped on the music holder and went down… He wasn’t aware that he had gotten hurt at first, just bruised. When he went to put the hand under cold water, he saw it the fingers and hand were oddly shaped….”

Sh*t gets worse. Read on here.