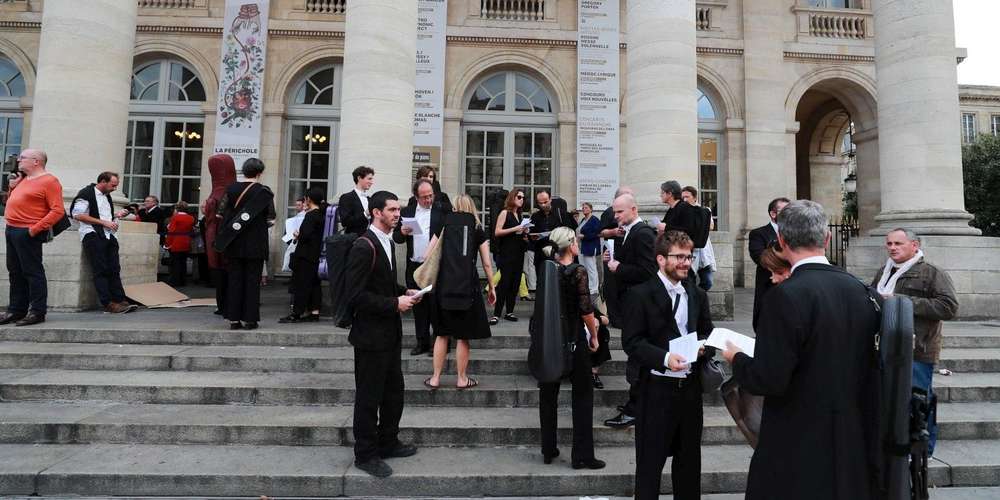 French orchestra is thrown out of its theatre

Members of the National Orchestra of Bordeaux Aquitaine picketed the Grand Théâtre de Bordeaux yesterday after the theatre’s director Marc Minkowski replaced them with a training ensemble, the Musiciens du Louvre.

Minkowski was booed when he entered the pit for a performance of Offenbach’s La Perichole.

UPDATE: We have received the following clarification from the opera house:

In light of the misunderstandings that occurred during the premiere of La Perichole, on October 13th, and the protest by the SNAM-CGT Union, the general management of Opera National de Bordeaux would like to state the for the record the following items:
This production of La Perichole was a co-production with Palazetto Bru Zane with strict scheduling limitations, that did not match the schedule of Ochestre National Bordeaux Aquitaine and therefore made their participation impossible.
The first performance of La Perichole took place at the invitation of Cecilia Bartoli at the Salzburg Whitsun Festival in May of 2018. As that time, the ONBA was engaged in Bordeaux playing in the pit for the productions of Pinocchio and Elektra under the direction of Paul Daniel.
La Perichole was next performed in July 2018 at the Radio France Festival in Montpellier. At that time, the ONBA was engaged in Bordeaux for the season finale conducted by Jonathon Heyward.
La Perichole is now programmed at the Grand Théatre de Bordeaux this month, October 2018, and during this period the ONBA is engaged in Bordeaux both for the start of their symphonic season, and a recording with Marie-Nicole Lemieux.
As the invitation by Cecilia Bartoli – which was the starting point of this project – was made when all of the events mentioned above were already confirmed, it was impossible for the ONBA to play in the pit for these performances at the Grand Théâtre de Bordeaux.
The presence of Les Musicians de Louvre is part of a long standing tradition of welcoming guest orchestras, including: Pygmalion (in residence), the Orchestra of the Latvian National Opera, the Orchestra of the Limoge Opera, and the Chamber Orchestra of Europe, to only name a few…