The Dutch broadcaster NOS is running a programme about Pieter Jan Leusink, conductor and owner of the Bach Choir and Orchestra of the Netherlands. He is accused by four women of sexual molestation. One said he told her she would ‘end up as a teacher’ if she resisted his advances. 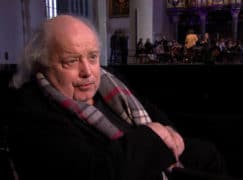