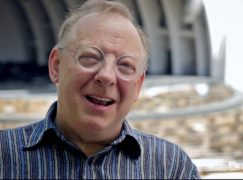 The British conductor Nicholas McGegan has announced his retirement as music director of the Philharmonia Baroque Orchestra & Chorale from the summer of 2020 when he will be 70.

McGegan will have led the ensemble by then for fully half his life – 35 years.

Nicholas McGegan, Music Director for the Philharmonia Baroque Orchestra & Chorale (PBO), has announced that he will retire from his leadership post at America’s preeminent period performance ensemble after the 2019-20 Season; at that time, he will have guided the organization for 35 years. He will be designated Music Director Laureate in recognition of his many contributions to the Orchestra at the beginning of the 2020-21 season. At the time of this announcement, the organization’s Board of Directors, led by President Kay Sprinkel Grace, and institutional leadershipwill convene to begin the search for a new Music Director to build upon McGegan’s legacy of programming and presenting period music at the highest level of artistic integrity.

“Nicholas McGegan has led Philharmonia Baroque Orchestra for 35 years. We have benefitted from the strength of his programmatic vision, energy, and aptitude for making historic performances accessible to broader audiences,” said the ensemble’s Board of Directors president Kay Sprinkel Grace. “He has embraced and advanced our mission throughout his decades of leadership of Philharmonia, and his passion for everything from early music to new works continues to propel Philharmonia to new heights. We look forward to having him remain an integral part of our future.”

“This certainly isn’t a farewell,” said Music Director Nicholas McGegan. “It has been an enormous honour and privilege but also tremendous fun to work with our terrific musicians for half my life, and I look forward to many more years of performances as Music Director Laureate, with fewer administrative responsibilities. Thanks to the musicians, board, staff, donors and our wonderful audience, I’ve been able to realise so many of my artistic dreams, creating lots of happy memories along the way.”

Major violin contest is fixed by the usual suspects »