As you may know from news reports, CIM’s head of trombone Massimo La Rosa was suspended in September from his position at The Cleveland Orchestra pending an investigation into claims of sexual misconduct.

This morning, as part of our own internal investigation, we suspended Mr. La Rosa from his CIM teaching duties until our investigation is concluded.

The Dean’s office is already working with CIM faculty and has communicated to our trombone students that Randall Hawes will lead the trombone studio on an interim basis. Mr. Hawes is CIM’s professor of bass trombone, distinguished bass trombone of the Detroit Symphony Orchestra, and a consummate artist and pedagogue. 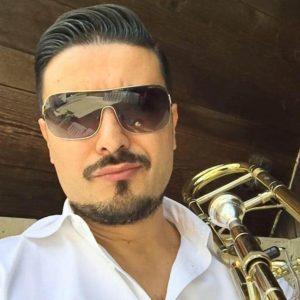