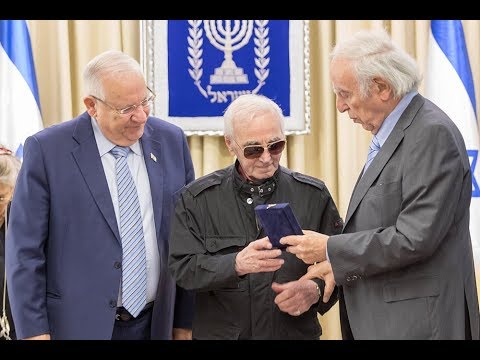 The French singer, who died this week aged 94, took an active part in his family’s efforts to hide Jews in Paris, risking their own lives under the German occupation.

On receiving a humanitarian award with his sister from Israel’s President Rivlin, Aznavour said: ‘We have so many things in common, the Jews and the Armenians, in misfortune, in happiness, in work, in music, in the arts and in the ease of learning different languages and becoming important people in the countries where they have been received.’

May he enjoy eternal rest.

Death of an important French violist »