The House of God that is Saint Thomas Church Fifth Avenue has replaced one British music director with another.

Daniel Hyde lasted the barest twinkling of an eye before he was called back to King’s College, Cambridge, as heir to the retiring Stephen Cleobury. Hyde’s predecessor was another Englishman, John Scott, who died suddenly at 59.

The new Organist and Director of Music at Saint Thomas, to be announced later today, will be Dr Jeremy Filsell.

Filsell, 54,has worked with the BBC Singers and as repetiteur for John Eliot Gardner. He is presently director of music at the Episcopal Church of St. Alban in Washington DC, Artist-in-Residence at Washington National Cathedral, and Professor of Organ at the Peabody Conservatory in Baltimore.

His response: ‘Honoured, delighted and humbled.’ 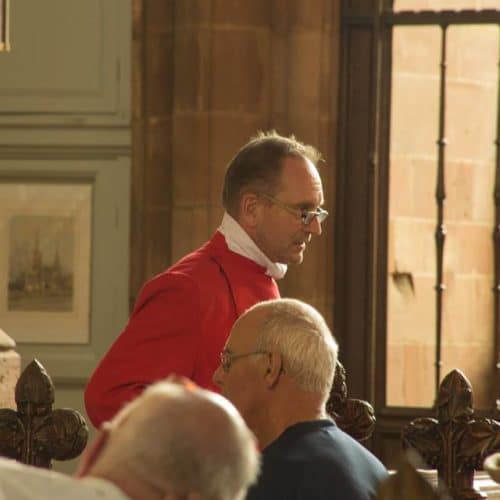