Anna Netrebko: I won’t do more than 5 shows in a run

From a five-minute interview with Broadway World:

‘You may have noticed that I no longer do eight performances in the run of an opera–I only do five. I found eight was taking too much out of me–not only vocally but also emotionally. I don’t want to burn myself out in this repertoire, which is so demanding.’

Having confirmed that she’s studying Salome, Anna says one other new role comes first: ‘My next big new role is going to be Leonora in La Forza del Destino, with Tony Pappano at Covent Garden. I look forward to that.’ 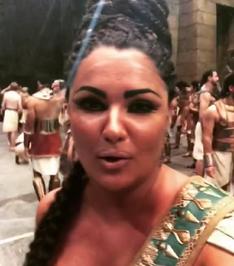