All shall have prizes: a Schumann is worth 15k

This year’s Robert Schumann prize has been awarded in Munich to Jörg Widmann, 45, for ‘outstanding work’.

That’s how German composers live, from one prize to the next. The Schumann comes with a 15,000 Euro cheque. 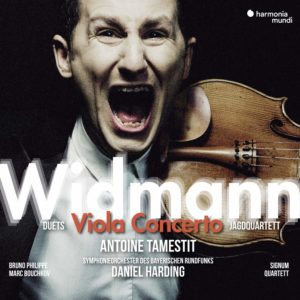