World’s top trumpet is a woman

Germany’s highly coveted ARD competition in trumpet was won by Selina Jasmin Ott, 20, from Austria. She is the first ever female winner.

The Aoi Trio from Japan won the piano trio award.

And, as previously reported, a Russian mezzo won the singing contest. 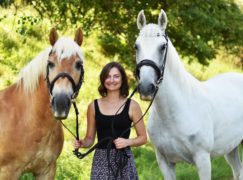