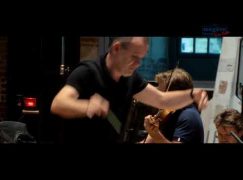 Why do summer festivals always play the same old stuff?

In the past four days I have listened to lost chamber music by Artur Schnabel, a once-successful 20th century harpsichord concerto that has gone unplayed for 60 years, arias by the Armenian mystic Komitas, a piece by an English composer Mary Donington (so obscure there are no dates available) and Uri Caine’s reimagination of music by the murderer Gesualdo.

Needless to say I was not ending my summer at Lucerne, Verbier, Salzburg, Aix, or any of the familiar watering holes of the music crowd. These places simply play the same central repertoire year after year ad infinitum.

My hangout was a French Alpine festival at Megève, two ski slopes up from Geneva and flexing its muscles for the first time with a range of music I was really curious to hear.

The unplayed harpsichord concerto was by Wolfgang Jacobi (1897-1972), an inner exile in Hitler’s Germany, and the arias by Komitas were stunningly sung a capella by Juliette Galstian, head of voice at the Geneva Conservatoire. There was even a programme of English chamber music for clarinet – lovely stuff, played by a Russian soloist Dimitri Rasul-Kareyev.

Not one concert that I attended failed to grip my attention. Not since Gidon Kremer’s ealy days at Lockenhaus half a lifetime ago has a festival tried to buck the trend by presenting music that is fiercely unfamiliar.

Megève has been founded by Guido Houben, a former Verbier executive who saw a gap in the clouds, and its mission extends beyond filling empty beds in an end-of-season ski resort. It seeks actively to engage audiences not just with concerts but with films, lectures, debates, daylong themes and more. I’ve bookmarked it for next summer. You should, too.

« A British double bass is murdered in South Africa