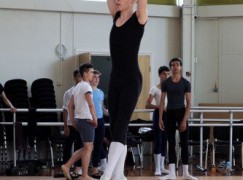 UK schools under Oftsed fire for dropping art and music

Amanda Spielman, Chief Inspector of Ofsted, has come out with an attack on the Government’s results-oriented policy which has caused a narrowing of the education arteries. She writes:

Some secondary schools were significantly shortening key stage 3 in order to start GCSEs. This approach results in the range of subjects that pupils study narrowing at an early stage and means that they might drop art, history or music, for instance, at age 12 or 13. At the same time, the assessment objectives from GCSE specifications were being tracked back to as early as Year 7, meaning many pupils spend their secondary education learning narrowed and shallow test content rather than broader and more in-depth content across a subject area….

This is strong stuff from a public official. More here.

« The biggest ever composer box