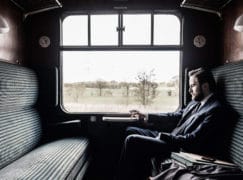 This Rachmaninov recording ranks among the greats

Amid the excitement over a rediscovered rehearsal tape of the composer playing Symphonic Dances, there arrives a new account of two concertos with Rachmaninov’s favourite orchestra and the living pianist who most resembles him. Deutsche Grammophon has titled the album Destination Rachmaninov. Departure and furnished the cover with a portrait of the soloist, Daniil Trifonov, sitting in the kind of railway compartment that went out with shellac records. Do not be distracted by these marketing tricks….

« Zakhar Bron wins another competition for his students

Sicklist: Matchless Janine Jansen is still on and off »