It’s the first showing of Meyerbeer’s opera in Paris since its centenary in 1936, and bits keep falling off.

First Diana Damrau pulled out after saying how excited she was to be in it.

Now Bryan Hymel has called in sick. Yosep Kang will replace him in the role of Raoul de Nangis. 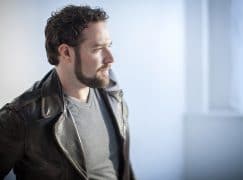