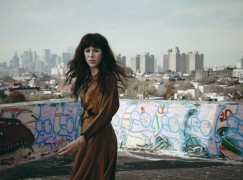 More women’s works than ever in US symphonic season

From the Pacific Standard:

In the wake of the #MeToo movement, and a growing consensus that the creators of the 21st century’s cultural artifacts cannot exclusively be white males, some of America’s most prominent ensembles are programming more works by women than ever before. Tradition-minded symphony-goers may be jolted to find Beethoven or Brahms sharing a bill with Amy Beach.

Perhaps just as importantly, orchestras that haven’t joined the trend have been somewhat startled by the blowback they have received, on both traditional and social media. Even as Shaw’s rehearsal resumed, complaints were mounting on the Internet that the Philadelphia Orchestra’s 2018–19 season didn’t contain a single work written by a woman.

“We had not noticed that,” says a sheepish Jeremy Rothman, the orchestra’s vice president for artistic planning. “A lot of people looked at our season, including our music director; a committee of musicians, many of whom are female; and our president and CEO, who is a woman. This was an unforced error..”

The UK musicologist who plotted a Nazi takeover »